On and off the TV screen, Dr. Ish Major and Crossroads Treatment Centers are making a major difference 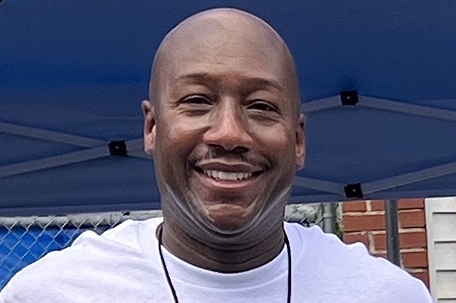 Historically, the Black community has always had a complicated relationship with the topic of mental health. Mental health has long been regarded as somewhat of a taboo topic, with many in the community feeling a deep sense of mistrust of the medical system (citing the Tuskegee experiments and Henrietta Lacks as examples) and opting to seek counsel from family, friends, and religious leaders instead of professional treatment.

A recent case study conducted by The National Alliance on Mental Illness (NAMI), revealed that 1 in 5 adults in America experiences mental illness each year. According to the 2018 national survey conducted by the Substance Abuse and Mental Health Services Administration (SAMHSA), 16% (4.8 million) Black people in America reported having a mental illness. The same study revealed that African Americans with mental health illnesses are more likely to engage in substance abuse.

Under Major’s leadership, Crossroads Treatment Centers is working hard to build trust in those communities. A board-certified psychiatrist specializing in women, children, and families, Major has more than 15 years of experience.

Recognized as one of America’s Top Psychiatrists and by the International Association of Healthcare Professionals as one of the Leading Physicians of the World, Major first gained popularity as an author of “Little White Whys.” He has gone on to become a staple on national television on programs such as “The Steve Harvey Show,” “The Tamron Hall Show,” ”The Today Show” and “The Doctors.” He is currently the co-host of WE tv’s “Marriage Bootcamp.”

Recently, Major spoke with the SUN about his journey to becoming a doctor, his experience with reality television, and his latest venture with Crossroads Treatment Centers.

Major’s decision to become a doctor and psychiatrist specifically was inspired by personal childhood experiences.

“I was always a sickly kid —  I was in a coma for about a week when I was three.” Major said. “Ever since then, I was in and out of the doctor’s offices. So, I got very comfortable getting care from others in that way. My mom had lupus back then, so she was also in and out of the hospital. It was almost like a ‘Whose turn is it?’ kind of thing. That’s what first sparked my interest in wanting to be a doctor.”

“Once I got to med school, I was going to do primary care — you know colds, bumps, bruises,” Major explained. “Once I did my psych rotation, I saw the difference you can make in someone’s life. If you have high blood pressure, the sad truth is you’re pretty much going to have high blood pressure your whole life. If you have diabetes, you’re going to be struggling with that for most of your life. For the mental health stuff, you don’t have to be depressed your whole life. The bad thing that happened you can heal and move on from that. You can put that behind you — you don’t always have to have anxiety. So, I felt like there was a chance to fix stuff. That’s why I chose mental health.”

After making the decision to become a psychiatrist, Major’s road to success took a few detours.

“I got kicked out of med school my first year. I wasn’t ready to make the commitment that it was going to take to get it done.” Major said. “I had always been the smart kid in school  —  valedictorian in elementary school, no worries in high school, college was a breeze. So, I showed up thinking med school was going to be the exact same thing and it was very different. Those 14 years went very fast, and it was so worth it.”

Soon after discovering his calling, Major had the desire to share his wealth of knowledge directly with his community. That desire eventually led to him becoming a trusted psychiatrist not just locally, but on several national platforms. That transition, however, was far from seamless.

“Sometimes you have to fail at your dream to live your destiny,” Major said. “My dream was to have a private practice and be that doctor in the community that folks can just go to. I started my first practice in Florida with my sister and her friend that’s also a psychiatrist. We had all graduated at the same time and were, like, ‘we’re going to get this done.’ The only problem was, out of the three of us, none of us had any clue how to run a business, so it failed horribly in every way.”

“I took the next six months to [ask], ‘If it’s not that, what else could it be?’” he recalled. “I was always a nerd — always reading stuff  — and I was always a good writer, so I had these stories in my head about relationships. Most of the people in my practice were women, and when it came to the source of their depression or anxiety, it usually went back to some form of a failed relationship with a very important male love figure in their life —  father, brother, boyfriend, husband or significant other.”

“I had all of these stories about the things that went wrong, particularly the lies these dudes were telling,” Major continued. “I said, ‘Let me get all this stuff down on paper, at least.’ I started getting those ideas out of my head — that turned into a book and that book got popular. Local radio stations started calling, then local TV stations started calling. I had never done anything like that before. Then one day I get a call from “The Today Show.” They were, like, ‘we heard about your book — you want to come talk about it?’

“At that moment, instead of being scared or nervous, it felt like I had been doing it for 30 years,” he said.  “It was the calmest, most peaceful thing I had ever done. I said ‘Yeah, this is it’ and I’ve been doing it ever since.”

“If you don’t try a thing and get your butt kicked by the thing, then you may never find where your true joy is going to come from,” Major added.

“I was doing my first show with WE tv with Carmen Electra called “Ex Isle,” helping folks break up healthily. We did this in the Dominican Republic and had a blast. We got home from that and literally two weeks later, the folks that had been doing “Marriage Bootcamp” weren’t doing it anymore. I get a call from the president of the network. He said, ‘can you be in LA next week, and then the next six weeks, because we’ve got this thing that we have to do’… and we were off to the races.”

Although reality television tends to have a negative connotation, Major is doing his part to make sure that everyone he works with is prepared to show up and do the work without any gimmicks.

“The cool thing about doing the hip-hop folks is that it’s Black folks in the house, so we’re all suspicious,” he said with a laugh. “The first couple days, they’re walking around, like, ‘ok doc, what do you want us to do? Are we going to throw some drinks?’ I said ‘no, that is not what we’re doing here — this is not scripted. I don’t need you to orchestrate any fights or start any drama. This is a therapy program that I’m going to put you through some paces and make you think about and feel some stuff. Your only job is to just go with the feeling.’ We go in and we do it, and a lot of times when they see me, I’m the first psychiatrist they’ve ever seen in life, and certainly the first Black male psychiatrist they’ve ever seen. The first part of mental health is to meet people right where they are.”

In addition to balancing his work on television in true full circle fashion, Major is hands on in his effort to give back to the community, particularly with his role as senior vice president of health equity for Crossroads Treatment Centers in Philadelphia.

“Crossroads Treatment Centers are one of the largest treatment center providers for substance abuse in the country, with over 120 treatment centers,” he said. “We are really focusing on the Philadelphia area right now, with seven centers in Philly and 50 in Pennsylvania. We see over 13,000 folks a day right here in Pennsylvania. The CEO is Rupert McCormick, who I met in August of 1995 on our first day of med school, and we’ve been the best of friends ever since. He calls me up and says, ‘We’re doing some really cool things, but I don’t think we’re treating the people in a way that’s really making a difference. I think the folks that really need the help… I’m not sure how to get to them, and I’m wondering if you could help me do that.’ I said ‘Well, I’m pretty sure we can figure it out.’”

“What we’ve been doing is partnering in Philadelphia with community organizations like Stop and Surrender, Savage Sisters, and Rev. Wells with One Day at a Time,” Major continued. “They’re recovery houses — they’re on the streets and know [who] these folks are that need the help, [and we’re asking], ‘ how can we help you do that a little bit better?’ We just want to deliver convenient comprehensive health care — whether it’s mental health services or getting you plugged in with a primary care physician. We want to do that in a way that everybody has access to it.”

Be sure to support Major by visiting his website at: www.drishmajor.com. You can also follow him on Facebook and Twitter @DrIshMajor and on IG @dr_ish_major. For more information on Crossroads Treatment Centers, visit: www.crossroadstreatmentcenters.com.

Making a difference: JEVS and the Supports Your Way program