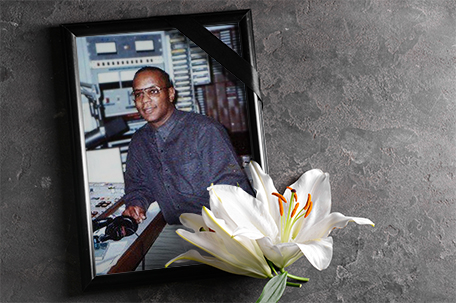 Legendary Philadelphia on-air radio personality Donald Antonio Banks — a.k.a. “Don Juan Banks” — was born on August 4, 1956 in Philadelphia, PA to the late McDonald and Azelle Banks. He is the oldest of four children with three sisters, Shellie, Tracey and Adelle. In 1968, his parents relocated their family to Willingboro, NJ, where they raised their children. They became members of Delaware Valley Baptist Church, where Banks heeded the call of the Holy Spirit upon his life commitment to Christ as a young child.

Banks graduated from Burlington County Vocational Technical High School in 1974. He went on to attend Trenton State College and Burlington County College. He received an associate of arts degree in Broadcasting and Communications. Banks’s passion for music was evident very early. He worked at WTSR Radio in Trenton while attending college. He then went on to work at WTNJ and WTTM Radio Stations. Later, Banks went to US1 Radio working as an on-air personality playing country music. The station eventually changed over to WUSL – Power 99 in 1982, where he remained as an air personality and production director for the rest of his professional career.

Banks’s greatest passion was when he hosted the “Sunday Morning Inspirations” gospel program at Power 99, which began as “Sunday Morning Slow Jams” in 1997. Banks took gospel music to another level with the perfect mix of R&B and hip–hop flavored gospel, along with a few traditional songs. The show gained praise and ranked number one in the 18-34 demographic for decades. Banks interviewed many national artists including Kirk Franklin, CeCe Winans, Whitney Houston, Fred Hammond and many more. A fond memory was when Patti LaBelle called into his show to sing “Happy Birthday” to Banks on air.

Banks also wrote a quarterly article for the Rhythm & Beats publication, highlighting current events in the world of gospel music. He frequently gave back to the community by hosting numerous charitable events. He also provided opportunities for new up and coming artists by featuring their music on his show. During his career, Banks received many awards and honors for his extensive work throughout the community and on radio.

In the year 2000, Banks first met Linda (his wife) while hosting an event on a gospel cruise. Their meeting was truly a divine experience which was orchestrated by God. At that point, Banks knew he had met his life partner. The relationship quickly blossomed into an engagement and marriage. Banks and Linda married in November 2002. In 2008, they were blessed with their beautiful daughter, Jasmine. Banks was a loving and devoted husband, father and brother.

Banks was known for his warm and welcoming personality, and friendly demeanor, including his subtle comedic humor. After battling a long illness, Banks went home to be with the Lord on July 30, 2019. He is survived by his wife Linda, daughter Jasmine, sisters Shellie, Tracey and Adelle, nieces Jade, Angelica, Ashley, Christi, Jessica, Danielle, nephews Evan and Austin, stepmother Henrietta, stepbrothers David and Kyle, sisters-in-law Cindy and Denise, and a host of other family members and friends.

The funeral was held on Thursday, August 8, 2019 at the Alpha Baptist Church in Willingboro, NJ, followed by interment in the Odd Fellows Cemetery in Burlington, NJ.