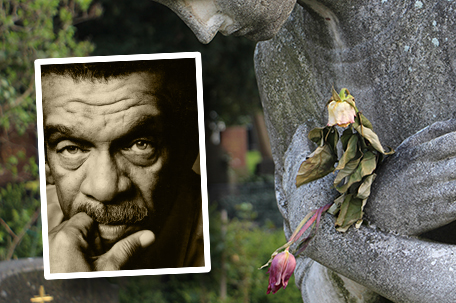 The Nobel laureate – best known for his collections “In A Green Night: Poems 1948 – 1960” and the epic “Omeros,” inspired by Homer’s “Iliad” and “Odyssey” – was at his home on the Caribbean island when he passed away. His death was confirmed by his publisher, Farrar, Straus and Giroux, who said this morning that he had been in poor health for some time.

Walcott was often regarded as one of the greatest Caribbean poets ever.

In addition to having won the Nobel Prize, Walcott won many other literary awards over the course of his career, including an Obie Award in 1971 for his play “Dream on Monkey Mountain,” a MacArthur Foundation “Genius” award, a Royal Society of Literature Award, the Queen’s Medal for Poetry, the inaugural OCM Bocas Prize for Caribbean Literature, the 2011 T. S. Eliot Prize for his book of poetry “White Egrets,” and the Griffin Trust For Excellence In Poetry Lifetime Recognition Award in 2015.

In his later life, he was Professor of Poetry at the University of Essex from 2010 to 2013.

As this is a film blog… there is really just one feature documentary on Walcott’s life that we’re aware of, released in 2013, titled “Poetry Is an Island, Derek Walcott,” directed by Ida Does, and produced by Does and Rebecca Roos, which premiered in Trinidad Tobago that year, but has not yet been officially released in the USA. Although you can buy a copy on DVD directly from the producers of the film if interested.

“Derek Walcott, Poetry is an island” is an intimate portrait of Walcott, as viewers visit his art studio, his childhood home, and his residence in St. Lucia. It also includes exclusive archive material from the Nobel Prize Festivities in 1992 when he was honored. Finally, and perhaps most importantly, this film is about Walcott’s poetry.

More from the filmmakers about the documentary: Derek Walcott, Literature Nobel Laureate has traveled the world while remaining closely connected to his beloved island St. Lucia. As a poet, playwright, painter and even filmmaker, Derek Walcott has been hymning the Caribbean for over 60 years. This documentary presents an intimate portrait of him, set in his beloved native island St. Lucia. The place he always longs for, when he is taken to far away places by his universally acclaimed work. What moves and inspires this great poet? Who are the people whose lives became poetry through his writings? And how do they experience the gift of language of their friend, their mentor, and their father? This film explores the poetry of Derek Walcott, the landscapes and people that inspire it. It observes Walcott in places essential to his work and life, and gathers the thoughts of some of his closest childhood friends. Most importantly, this documentary is a celebration of the greatest gift Walcott has given the world: his poetry.

DVD copies of the film can be purchased (for $25) via the website set up for it, which you can access  at http://poetryisanisland.bigcartel.com/.