Nina Simone’s only child slams her, describes the singer as a ‘monster’ 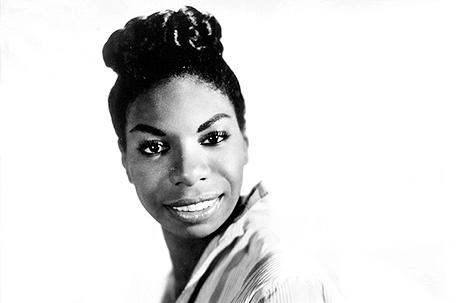 The troubled life of American singer Nina Simone remains troubled today, more than a decade after her death.

The so-called “high priestess of soul,” who battled depression and alcoholism throughout her life, left behind a lengthy battle for her estate and a biopic movie that has now stalled to be released because of a legal battle surrounding it.

Simone was known for hits ‘My Baby Just Cares For Me,’ ‘Don’t Let Me Be Misunderstood ‘and ‘I Put a Spell on You.’ Her troubles off the stage were less known, including a “a tortured relationship with her only child, Lisa,” according to a story in the Daily Mail.

“My mother could be a monster,” Simone’s daughter said in a recent interview.

Simone died at the age of 70 in 2003, leaving a large family estate that has been fought over in court for years. Her daughter Lisa was disinherited from the will, according to published reports.

Lisa Simone, who followed her mother into the music business, did so largely without her support, she said, despite enduring her abuse as a child during her erratic childhood. Lisa told reporters that she had 13 governesses by the age of 7 and walked out on her mom when she was just 14.

“‘I’d like to think if she had taken two seconds to think about her behavior she would have done things differently but I’m not sure,” Lisa said. “My mother was angry with the world and often the only person around to blame was me.”

Simone’s troubled life is played by Zoe Saldana in the yet-to-released movie, Nina, which, according to published reports, was due to be released in March.

“The release date was postponed when writer and director Cynthia Mort became locked in a protracted legal dispute with the producers,” the Daily Mail reported.

Simone is credited with developing a mix of jazz, gospel, blues, folk and soul to create her signature sound, which she dubbed, “black classical music.”

Her music career took off in the 1950s and ‘60s, and she used her fame to become an outspoken civil rights activist, including writing music about the racism of the time.

Starting in 1970s with her career on the decline, Simone moved with her daughter to places like Barbados, Liberia and Geneva, where she enrolled Lisa in an international boarding school.

Lisa eventually moved back to the U.S., as an engineer in the Air Force.

She quit the military in 1992, at age 29, initially to become a backing singer, performing under the name Simone Kelly.

In 2001, Lisa earned the lead in the Broadway production of Elton John’s musical hit Aida.

Lisa sued the estate of her mother and won a judgement in 2006, only to be sued by other family members.

Andrew Scot Bolsinger won more than two dozen press awards during his journalism career. He is a freelance writer, author and operateswww.criminalu.co, which is focused on prison reform. He can reached at [email protected] and can be followed @CriminalUniv on Twitter.