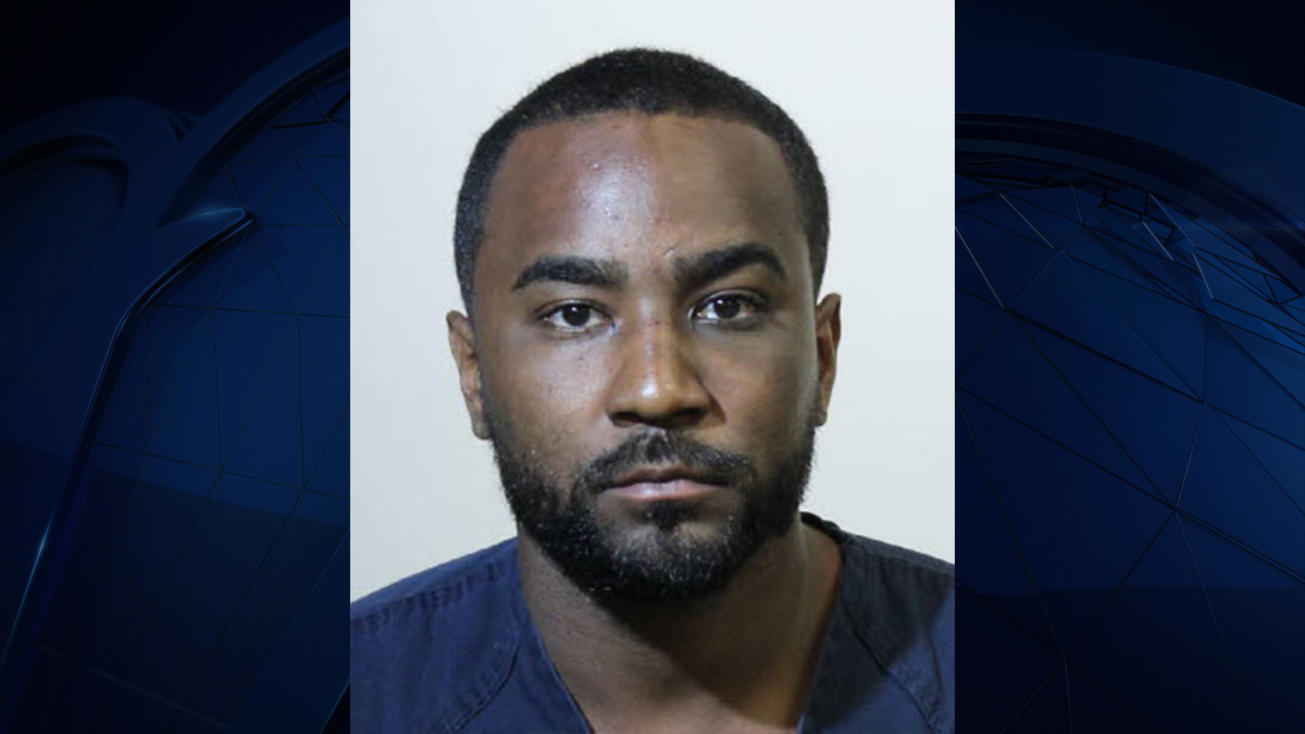 Nick Gordon, the ex-partner of the late Bobbi Kristina Brown, was arrested Saturday after allegedly beating up his new girlfriend in a jealous rage.

A Sanford Police report says a heated argument early Saturday between Gordon and his girlfriend, Laura Leal, “became physical and lasted through the night,” with Gordon “hitting and punching her in the face and the back of the head with a closed fist.”

Gordon told officers that he never hit her, “that he is the one that was abused and punished,” that she hit and punched him repeatedly, and that he wishes to press charges against her, the report says.

After observing the woman’s injuries, however, officers advised her to seek hospital treatment, and then took Gordon into custody, jailing him without bond on charges of domestic battery and false imprisonment.

The argument began after the couple watched the NBA playoff game at a sports bar, Leal said.

“Gordon was upset because he thought she was trying to hook up with one of his friends,” the report says. “Leal stated her feelings for Gordon are real but added that the relationship was toxic.”

As the fight escalated, she said, Gordon took her laptop and hid his phone, and had already smashed her phone, so she had no way of calling for help, according to the report.

Sometime after daylight, she said she ran into the bedroom of Gordon’s mother, Michelle Gordon, who took her to her sister, who called police, the report said.

Gordon was ordered by a judge in Atlanta last November to pay $36 million to the estate of Bobbi Kristina Brown for her wrongful death.

The daughter of singers Whitney Houston and Bobby Brown was found face-down and unresponsive in a bathtub in her suburban Atlanta townhome in January 2015. Gordon, who also lived there, was in the home with another friend when investigators arrived. Her death at just 22, after six months in a coma, drew worldwide headlines and frenzied tabloid attention.

Investigators were unable to determine exactly how Brown had died. An autopsy showed she had morphine, cocaine, alcohol and prescription drugs in her body. But the medical examiner couldn’t determine if she killed herself, if someone else killed her or if her death was accidental.

The young woman’s family accused Gordon of giving Brown a “toxic cocktail” and putting her face-down in the water. Gordon, an orphan Houston had raised as her own son, was not charged with a crime, and his criminal defense attorneys called the allegations in the Brown family’s civil suit baseless.

Brown grew up in the shadow of her famous parents and grew closer to Gordon after her mother died, calling him her “husband.”