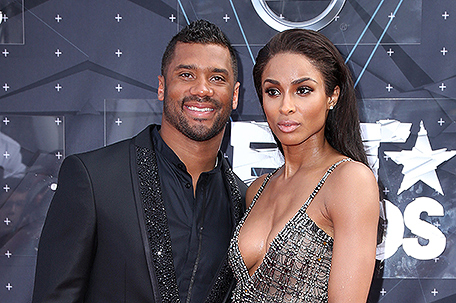 The Seattle Seahawks quarterback posted a video on his Facebook page Friday showing himself next to Ciara, who was wearing a bright ring.

A representative for Ciara confirmed the engagement. The 30-year-old singer was previously engaged to rapper-singer-producer Future. They have a son, Future Zahir Wilburn, who turns 2 in May.

Ciara posted a photo on Twitter of Wilson on bended-knee with the caption: “I feel complete.” She also wrote, “You Are Heaven Sent. I’m Looking Forward To Spending Forever With You.”

Her hits include “Goodies,” ‘’1, 2 Step” and the Grammy-winning “Lose Control,” with Missy Elliott.