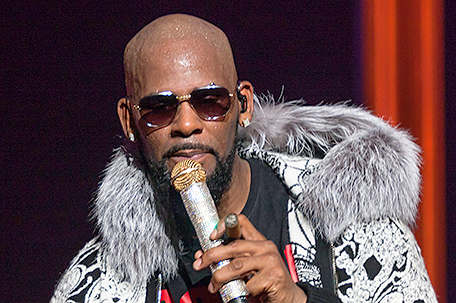 “Jerhonda Pace was just 15 when she met her musical idol, R. Kelly, outside his child pornography trial. The alleged underage sexual relationship with him that followed and subsequent payouts mirror decades of allegations against the star.” Buzzfeed

This morning, Buzzfeed published a report by journalist Jim DeRogatis, detailing years of physical, emotional, and sexual abuse by R. Kelly. The victim is named Jerhonda Pace (she is being identified here on Refinery29 because she was identified in the Buzzfeed piece), and is coming forward to tell her story despite having signed a non-disclosure agreement in 2010.

“I know speaking out against Kelly, Kelly could sue me,” Pace tells Buzzfeed, of her decision to speak out. “But I’m really not worried about it anymore I feel like this is a healing process for me, because I’ve been holding this in for so many years, and to see that he always gets away with it, it’s just not right. I’m just going forward with my head held high.”

Pace describes an underage sexual relationship that began when she was 16 (the age of consent in Illinois is 17) and he was 41. She met the singer when she attended his child pornography trial as a fan of his music. Kelly would say hello to her in the court building. “He would always speak to me when he saw me,” Pace says. When he ultimately acquitted, she told MTV that “they can’t say he likes little girls. They don’t have proof of that. Because he’s innocent now. He’s free.”

A few months later, Pace met a friend of Kelly’s, who invited her to the singer home in Olympia Fields, Illinois, a suburb of Chicago. That next month, the two began a sexual relationship. In order to secure Jerhonda’s silence, she says that Kelly made her draft a letter that claimed her parents were attempting to blackmail him. She denies that blackmail actually took place, and appears to have written the letter out of coercion.

The relationship continued. Pace alleges that Kelly filmed their sexual activities without her consent. She also says she was instructed to follow certain “rules” when staying at his home, including giving him her phone and wearing baggy clothes — allegations that sound eerily familiar to the “sex cult” report also written by DeRogatis for Buzzfeed last month. If she did not follow the rules, Pace describes mental and physical abuse. The relationship finally ended when an argument ensued over her texting a friend; Kelly allegedly retaliated with violence. “I was slapped and I was choked and I was spit on,” she says.

Pace obtained legal counsel, and passed a polygraph test attesting to her allegations. In 2010, R. Kelly’s management company settled with her for an undisclosed sum and she signed a non-disclosure agreement. Jerhonda also states that Kelly has not paid her the full amount of her settlement. She is incredibly brave for speaking out, despite the legal danger she could potentially be embroiled in.

Jim DeRogatis has been reporting on R. Kelly for many years. In 2002, DeRogatis, who was working at the Chicago Sun-Times, received a copy of a tape that purported to show R. Kelly engaging in sex acts with a teen girl. He turned the tape over to police and reported on the allegations, which launched the criminal trial in which Kelly was charged with 21 counts of child pornography. Kelly was acquitted in 2008.