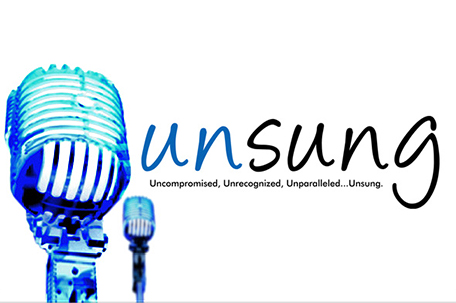 TV One’s award-winning and likely its most-loved series “Unsung” returns Wednesday, Oct. 7 at 8 p.m. ET featuring a new line-up of incredible talents including KC and The Sunshine Band, Kashif, Chantè Moore, H-Town, Jennifer Holliday, Nate Dogg and Lakeside – artists whose full stories and journeys will unfold in each episode of the series via first-hand accounts, interviews with family and friends, and archival footage, highlighting professional and personal highs and lows of lives in the limelight.

The full lineup, including air dates, follows below.

Unsung is narrated by actor Gary Anthony Williams and is executive produced by Arthur Smith, Kent Weed and Frank Sinton of A. Smith & Co. Productions for TV One. Mark Rowland is co-executive producer. Lamar Chase is producer; Jubba Seyyid is executive-in-charge of production; Robyn Greene Arrington is vice president of original programming and production; and D’Angela Proctor is head of original programming and production for TV One.

KC AND THE SUNSHINE BAND Premiere: Wednesday, Oct. 7 at 8 p.m. ET Through the disco era and beyond, KC and The Sunshine Band forged a sound of funk-filled happiness led by Harry Wayne Casey, a white singer/songwriter, who grew up in south Florida entranced by the sound of R&B. The band’s classic songs topped charts around the world. However, with the demise of disco, their sound fell into the backdrop of an ever-evolving industry. The tragic deaths of several original members further sealed the group’s fate.

KASHIF Premiere: Wednesday, Oct. 14 at 8 p.m. ET From growing up an orphan in New York City and shuttled through a total of eight different foster homes to a rising star in Hollywood, Kashif’s life has mirrored that of a phoenix rising from the ashes. One of the industry’s best kept secrets, Kashif is ready to return to the spotlight and share his story in this revealing episode of Unsung.

CHANTÉ MOORE Wednesday, Oct. 28 at 8 p.m. ET Chantè Moore made a name for herself first singing back-up for Toni Braxton. With her sultry looks and powerhouse voice, she soon became a household name with hits such as “Chante’s Got a Man” and “Love’s Taken Over.” Moore has since expanded her career by joining the reality series “R&B Divas LA,” along with Michel’le, Lil’ Mo, Leela James, Brave Williams and Stacy Francis. In this tell-all episode, Moore opens up about her career, recent divorce and more.

LAKESIDE Wednesday, Oct. 28 at 9 p.m. ET A mixture of crisp musicians and sleek vocalists forged in the land of funk – Dayton, Ohio – Lakeside’s nine members gave show-stopping performances that became legendary and created radio classics such as “It’s All the Way Live” and “Fantastic Voyage”. But changing record labels, group in-fighting, and shifts in pop culture ultimately tore the band apart. On this episode of Unsung, the group’s original members reunite to sew together Lakeside’s long and winding tale.

H-TOWN Premiere: Wednesday, Nov. 4 at 8 p.m. ET H-Town exploded on to the R&B scene in 1993 with their No. 1 song “Knockin Da Boots.” The platinum-selling single from their debut album “Fever for Da Flavor”put both the group and their hometown of Houston on center stage. On the cusp of a comeback in 2003, H-Town was devastated when lead singer Dino was killed in a hit-and-run car accident. Remaining members Shazam and G.I. continue to keep the group and Dino’s legacy alive.

JENNIFER HOLLIDAY Premiere: Wednesday, Nov. 11 at 8 p.m. ET Jennifer Holliday has a voice unlike any other. The original “Dreamgirl,” she rose to instant fame at the age of 21 after her unforgettable performance of “And I Am Telling You I’m Not Going” in the 1981 Broadway production of “Dreamgirls.” However, she fell into a state of depression due to personal struggles and the release of the 2006 “Dreamgirls” film without her participation. Following her recovery and return to performing, Holliday gives a rare look into her past, her struggles with weight, depression and MS, and her hopes for a career she feels has yet to fully blossom.

NATE DOGG Premiere: Wednesday, Nov. 18 at 8 p.m. ET Since crashing the pop and hip hop charts in the early 1990s with Death Row Records, Nate Dogg became the “go to” R&B singer with a soulful hook. The sonic and spiritual leader behind the G-funk movement, he was a leader in this musical genre which combined soulful harmonies and gangsta rap. Ultimately, ill health and a series of strokes brought his life to a sad, tragic end.