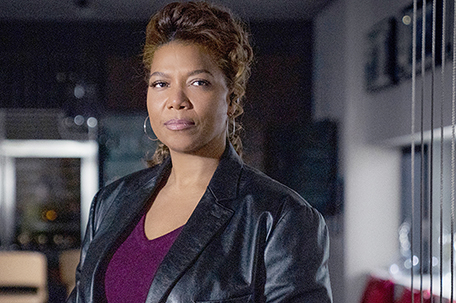 ABOVE PHOPTO: This image released by CBS shows Queen Latifah as Robyn McCall in the pilot episode of the series “The Equalizer.” The series will debut immediately after CBS Sports’ Feb. 7, 2021, telecast of Super Bowl LV.  (Michael Greenberg/CBS via AP)

LOS ANGELES — Queen Latifah’s upcoming drama series has scored a touchdown. CBS says “The Equalizer” will get the coveted post-Super Bowl slot next February to showcase its debut.

“The Equalizer,” a reboot of the 1980s series about a retired intelligence agent turned private detective, stars Latifah as an ex-CIA agent and single mom who helps those “with nowhere else to turn,” according to a network description.

The returning series “FBI” also is getting special treatment, with its season debut following the NFL’s AFC championship game on Sunday, Jan. 24. The show will then air regularly at 9 p.m. EST Tuesday.

The other daily CBS late-night program, James Corden’s “The Late Late Show,” will air a weekend edition on the night of the conference championship and after local newscasts.