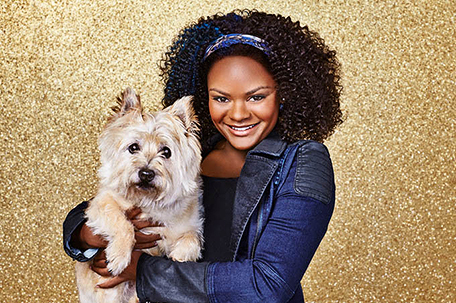 NEW YORK — NBC has found the young woman who will ease on down the yellow brick road.

Over the summer, the network unveiled newcomer Shanice Williams from New Jersey as its Dorothy for the Dec. 3 live production of “The Wiz Live!”

The show is adapted from “The Wonderful Wizard of Oz” by L. Frank Baum, with a book by William F. Brown, and music and lyrics by Charlie Smalls. The production opened on Broadway in 1975 and won seven Tonys, including best musical.

The original Broadway production featured Stephanie Mills as Dorothy, Dee Dee Bridgewater as good witch Glinda and Andre De Shields as the Wiz. Mills returned as Dorothy in a 1984 revival.

A 1978 movie version of “The Wiz” starred Diana Ross, Lena Horne and Richard Pryor in those respective roles. Michael Jackson co-starred as the Scarecrow, with Nipsey Russell as the Tinman and Ted Ross as the Lion.

NBC has revived the live TV musical, scoring nearly 19 million viewers for “The Sound of Music” starring Carrie Underwood in December 2013, although less than half that number tuned in for last year’s “Peter Pan Live!”

NBC’s partner on the TV version will be Cirque du Soleil’s new stage theatrical division, which will then present “The Wiz” on Broadway for the 2016-17 season.

A chat with Jeremy Renner and Michael K. Williams stars of “Killing The Messenger”