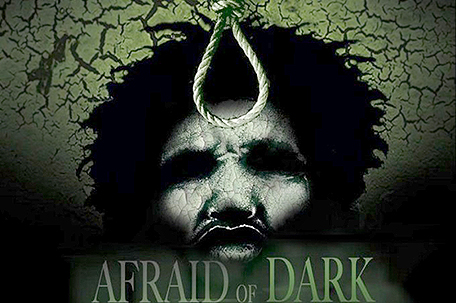 Sometimes when you’re a filmmaker it takes so long to make a film, that you wonder if it still will be relevant, or if anyone will care about it, once it’s finally finished.

Well, according to Brooklyn-based filmmaker Mya B, speaking on her new documentary feature film, Afraid of Dark, she, in fact, wondered just that about her film, or, as she says, when she started the project she had “no idea that it would be more relevant now than ever, and that it would take shape the way it did. I pray that it wakes up the masses not only in our community, but in others as well.”

Exploring the history of two of the most prevalent stereotypes of black men – the “Mandingo” and the “brute” Mya B’s documentary breakdowns “scientific racism,” examining how many black men “have been affected by those particular stereotypes throughout history, and how the subconscious belief in them have contributed to violence and the incarceration of black men at disturbing rates.”

In the film, she also includes candid interviews and commentary from three generations of black men in her family who demystify those stereotypes.

But Mya B says that she felt that she had to make the film because: “I wanted to analyze the damaging stereotypes of black men which has led to them being murdered and criminalized.  I also wanted black men to receive their glory outside of all the bad things you hear in the media and profile the amazing black men I know and who are in our communities.  More importantly I wanted people to never forget those black youth and men who never got justice in death by honoring them in the film to keep them alive in our memories.”

The film is set to tour the film festival circuit this year, so keep an eye out for it.