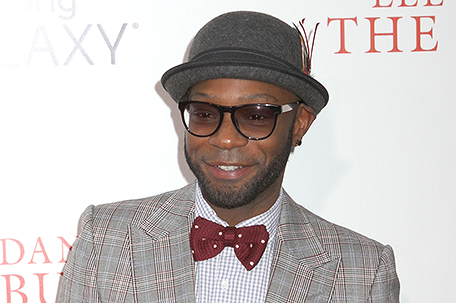 LOS ANGELES — True Blood actor Nelsan Ellis’ death was caused by heart failure due to alcohol-withdrawal complications, according to a statement released on behalf of his family.

The actor tried to wean himself after years of failed rehab efforts, according to the statement given Monday to The Hollywood Reporter by Ellis’ manager, Emily Gerson Saines.

Saines didn’t immediately respond to a request for comment.

Ellis died Saturday in a New York hospital at age 39.

According to the statement, the actor’s father, Tommie Lee Thompson, “bravely agreed” to share the circumstances of Ellis’ death to make his loss count.

“Nelsan was ashamed of his addiction and thus was reluctant to talk about it during his life,” the statement said. “His family, however, believes that in death he would want his life to serve as a cautionary tale in an attempt to help others.”

Nelsan Ellis’ ‘True Blood’ character, Lafayette Reynolds, was, without a doubt, the most stylish person to ever step foot in Merlotte’s Bar & Grill. The screen will be considerably less interesting without the presence of the actor, who died Saturday at age 39 from complications from heart failure. Click forward to see more photos from his career.  John P. Johnson, HBO

During his withdrawal attempt, Ellis suffered a blood infection, kidney failure and his “dear sweet heart raced out of control,” according to his father. The actor died after four days of hospitalization.

The Illinois-born Ellis, who studied at Juilliard, played the role of Lafayette, a gay short order cook, on HBO’s True Blood from 2008 to 2014, and more recently was on the CBS detective series Elementary.

Ellis appeared as Martin Luther King Jr. in Lee Daniels’ The Butler, and as singer Bobby Byrd in the James Brown biopic Get On Up.”

He was also a playwright and a stage director.

“Nelsan was a gentle, generous and kind soul. He was a father, a son, a grandson, a brother, a nephew, and a great friend to those that were lucky enough to know him,” the statement said.

Savvy Senior: How to put together your family’s health history