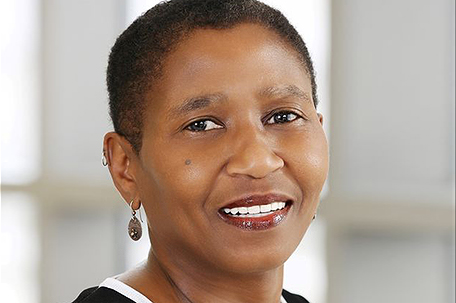 Just a year and a half after ousting Billy Hunter, The National Basketball Player Association [NBPA] has found their new executive director but it is one of the most unlikely choices in the history of sports. According to CBS Sports, the union has decided to elect Michele Roberts as their new executive director, which will make her the first woman ever to lead a North American professional sports league union. Roberts has  storied career as a trial lawyer but has always been a huge basketball fan. She says it was a conversation with one of the NBPA’s members about rebuilding the union that prompted her to go after the role of executive director.

“When I saw that player make that statement with such passion, it reminded me how much I loved these guys,” said Roberts. “I admired their resolve to take back their union. I thought, ‘Wouldn’t it be just great to be a part of that?’ … I couldn’t stop thinking about it, and I started exploring it.”

Roberts pretty much won the election on a “slam dunk” receiving 32 of the possible 36 votes that were cast. She also beat out two other  in Information Technology Industry Council CEO Dean Garfield and Dallas Mavericks CEO Terdema Ussery. Roberts believes the election committee loved her ideas, particularly how her vision of a union coincided with the theirs.

“The players’ vision of the union is that it belongs to them and it should exist to promote, protect and advance their interest and not any other stakeholder or any other person,” she said. “What they wanted in an executive director was someone who understood that and would not consider any deviation from that vision.”

Roberts has a long career as an attorney ever since she graduated law school from California Berkely in 1980. She  has always enjoyed the game of basketball and credits that to being raised with two older brothers. Before the being chosen as executive director, she was a trail lawyer  for the D.C. law firm Skadden, Arps.