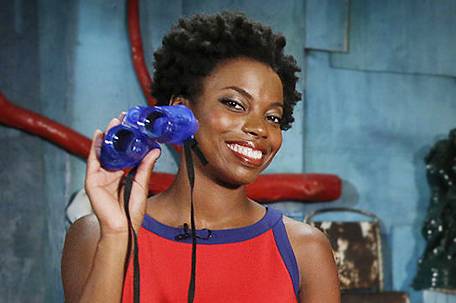 NEW YORK — NBC’s comic institution “Saturday Night Live,” criticized recently for a lack of diversity, said on Monday that it was adding a black woman to its repertory cast when new episodes start again later this month.

Sasheer Zamata, who graduated from the University of Virginia in 2008 and has worked with the New York Upright Citizens Brigade comedy troupe, will join for the Jan. 18 episode, for which Drake is the host and the musical guest. Zamata, 27, is from Indianapolis.

The 137 regular cast members who have been part of “Saturday Night Live” since its 1975 debut have been mostly white and have included only four black women. The most recent was biracial Maya Rudolph, who left in 2007. Black men, including Eddie Murphy, Tracy Morgan and Chris Rock, have played more prominent roles.

The lack of a black woman among the 16 regular or featured players became an issue this season when the two black male cast members, Kenan Thompson and Jay Pharoah, commented publicly about it and made it known they would no longer dress in drag to portray black women.

“SNL” turned the issue into comedy when “Scandal” star Kerry Washington was a guest host. Washington was portrayed as exasperated when she was asked to impersonate first lady Michelle Obama, Oprah Winfrey and Beyonce in the same skit. At the top of the show, an “SNL” producer apologized for the number of black female characters Washington needed to play that night.

Behind the scenes, though, “SNL” founding executive producer Lorne Michaels was busy holding comedy showcases across the country, searching for a black woman to join the cast.

“It’s not like it’s not a priority for us,” Michaels said two months ago. “It will happen. I’m sure it will happen.”