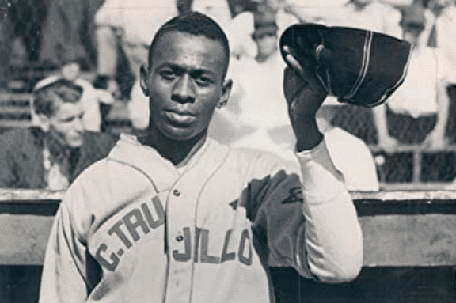 In a summer where Juneteenth, the day where slaves in Texas received news of their emancipation, having a nationwide commemoration of the 100th anniversary of Negro League baseball makes sense.

Last month, the Negro League Baseball Museum in Kansas City began the celebration of the colorful history of one of the most successful Black-owned businesses in America with its “Tip Your Cap” campaign.

In baseball, when you tip your cap to your opponent or the crowd, it is the ultimate sign of respect for a job well-done. The campaign is a celebration of the Negro Leagues’ role in integrating not only baseball, but America as well.

“I knew that we had something special,” said Bob Kendrick, president of the Negro League Baseball Museum. “It has given me tremendous joy and pride that the Negro Leagues are being recognized by a cross section of people not only in this country but around the world.”

Tip Your Cap was supposed to be a part of a celebration at major ball parks before the COVID 19 virus temporarily shut down the sport.

When Rube Foster formed the Negro Leagues in 1920, 27 years before Jackie Robinson broke baseball’s color-line, it was goal to not only to showcase the talents of Black baseball players who were barred from Major League Baseball because of racism, but with the goal of convincing the sport to integrate the game with talented players, but also to absorb some of the teams into the major leagues.

While Foster’s dream of Black owners is still a work in progress (Johnson owns a piece of the Los Angeles Dodgers and Kansas City Chiefs quarterback Patrick Mahomes recently bought into the ownership group of the Kansas City Royals), the Negro Leagues produced some of the greatest players in the history of the sport that transformed the sport.

“Actually, Jackie Robinson took Negro League baseball to the Major Leagues,” the late Buck O’Neill told me in an interview I did with him 2005. “It was a different brand of baseball … In the Negro Leagues, you hit and run. You bunt and run. You stole the bases. You did these things and so this is what Jackie took to the major leagues.”

But what Robinson brought to the major leagues was forged by Negro League players like Cool “Papa” Bell, who could hit for average and steal bases. It was said that Bell was so fast that he could turn the lights off and jump in the bed before it got dark.

Kendrick said Negro League baseball also brought a combination of power and speed to major league baseball. With power pitchers like Satchell Paige and five-tool (combination of speed, power, throwing arm, high batting average and home run power) players like Oscar Charleston and power-hitting catcher Josh Gibson, the Negro Leagues were arguably just as good as the major leagues and they often got the best of the white major leaguers in exhibition games.

“When you talk about an Oscar Charlton, that’s a five-tool guy,” Kendrick said. “Josh Gibson was a rarefied five-tool catcher. Gibson could run. He stole something like 20-25 bases to go with that big bat of his.  … These guys were exciting and people paid to see them.”

Kendrick said two of arguably the greatest players of all-time—Willie Mays and Hank Aaron, who surpassed Babe Ruth on the all-time homerun list, started their baseball career’s in the Negro Leagues and they both brought that combination of speed and power to major league baseball.

The late Stanley Glenn, who played catcher with the Philadelphia Stars, told me that the Negro Leagues was one of the biggest social events in the African American community prior to Robinson integrating the game.

“Let me tell you something, fella, Negro League baseball was a happening in the Black world,” said Glenn, who died in 2011. “Women came to the ballpark dressed in their Sunday best, high-heel shoes, silk stockings and they had their hats on their heads and long-sleeved gloves … You would think you were at a cotillion.”

Kendrick said with all the talent that the Negro League players on the field, they were also talented off the field as team owner and managers. He said O’Neill was one of the great Negro League managers. It was O’Neill as a scout for the Chicago Cubs who discovered Hall-of-Famers like Ernie Banks and Lou Brock.

The one thing that Kendrick wants to come out of the “Tip Your Cap” campaign is to pay tribute to the surviving Negro League players.

“I hope the surviving Negro Leaguers are seeing the recognition that’s coming their way,” Kendrick said. “Recognition that should have been there long before now. There is nothing more honorable in our sport than the tipping of the cap.”

For more information about the Tip Your Cap campaign, visit: www.nlbm.com.