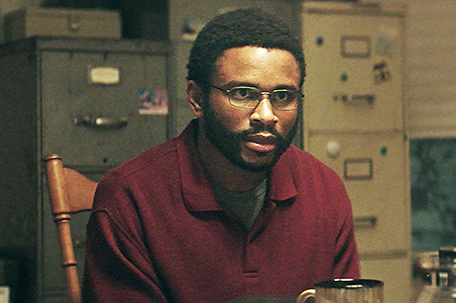 On April 10, 1980, in the Crown Heights neighborhood of Brooklyn, New York, Colin Warner’s life was changed forever. Eighteen-year-old Warner was wrongfully accused of killing 16-year-old Mario Hamilton. Warner — who was not present at the scene of the crime —  was incriminated based on the testimony of two minors. Those minors were coerced by the 67th Police Precinct, to name Warner as the shooter, after being questioned for six hours straight without a parent or guardian present. The falsified statements resulted with Warner spending 21 years behind bars for a crime he did not commit.

Warner’s story has recently come back into the spotlight thanks to the film “Crown Heights.” The film written and directed by Matt Ruskin, and stars Lakeith Lee “Keith” Stanfield as Colin Warner, and former Philadelphia Eagles cornerback Nnamdi Asomugha, as Carl “CK” King. Asomugha, who balances a dual role as a producer and actor in the film, brings a tremendous amount of heart to his role. In many ways, as Warner’s best friend, Carl King is serving the time alongside Warner… his life, family, and relationships serving as collateral damage to his fight for justice. 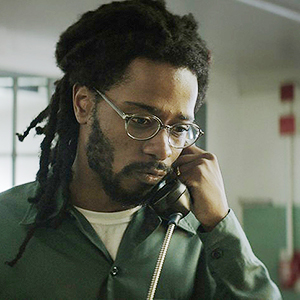 The beauty of “Crown Heights” is that it shows Warner’s unwavering support system. Although he is stuck in an impossible situation; separated from his family, denied appeals, and trapped with no breakthrough in sight, King never stops advocating for Warner’s innocence and freedom. Similarly, Warner never stops proclaiming his innocence… he refuses to admit to a crime he did not commit.

“Crown Heights” is heartbreaking to watch. The audience experiences a dire sense of helplessness and anger for Warner, as they are left to wrestle with the question, “how could this happen?” Those feelings are only amplified with the knowledge that Warner’s story is not at all uncommon. “Crown Heights” reveals the many flaws in our justice system, it shows the unfair prosecution of Black men… It shows the looming presence of the mentality that when there is no evidence, the creation of evidence and the attitude that any Black body will do. In the end, it shows many aspects of what needs to be changed.

Asomugha and Warner visited Philadelphia on Monday, August 28th for a press tour and private screening of the film. Warner — now 55 and fully exonerated — possessed an unfathomable amount of peace. After having 21 years of his life stolen, he remains steadfast in living his life to the fullest and doing everything he can to help others who have been wrongfully accused. Warner expressed the following sentiment passionately, “Never stop fighting… don’t give up!”

“Crown Heights” will appear in select Philadelphia theaters on Friday. Check your local listings for show times near you; this is a film everyone needs to support!