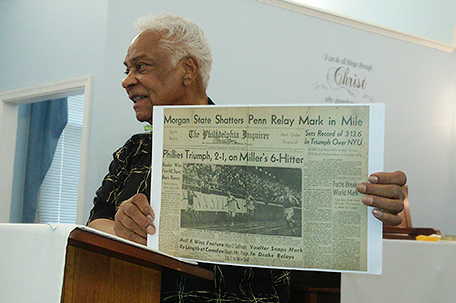 The Mount Airy United Fellowship Church uses its lower level fellowship hall as a small museum.  In the past, the church, located at 799 W. Johnson St. on Blue Bell Hill in East Falls, has sponsored numerous exhibits. There was the antique quilt exhibition that included pieces used on the Underground Railroad as signal maps. Then there was an art exhibit featuring faith paintings by various local artists.

Now, the church is hosting a collection of photographs by Philadelphia’s own John W. Mosley. The original vintage pictorial is part of the Charles Blockson Afro-American Collection at Temple University. Blockson, the author of “The Journey of John W. Mosley: An African-American Pictorial Album” agreed to allow the church to host this unique portfolio of Philadelphia history.

“We are pleased to host this collection,” said the Rev. Joseph Williams, pastor of the Mount Airy United Fellowship Church. “We are not just doing this now because it is Black History Month. We plan to have this collection up for quite some time to ensure that as many people as possible are able to see the work of John W. Mosley.

“Right now we just got the pictures and still have to get them to be put up. We have plaques for each one that will go under the photographs so those who come in here will know who these people are. We are planning on having an opening reception as soon as we get everything together, but we wanted to let the community know it is coming,” Williams said.

Among those who were on hand when the collection debuted on Feb. 4 was member Suzette Arnold. She immediately got out her cell phone camera and began clicking photographs of the pictures. 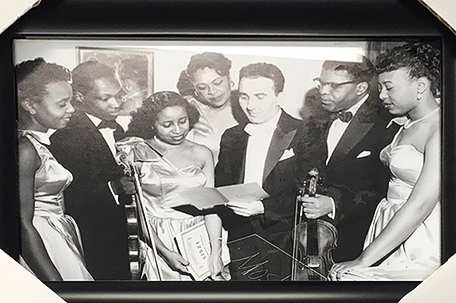 “I remember so many of these people,” Arnold said. “I see there is Rev. Leon Sullivan in one of the pictures. Then there are faces that I know but don’t quite remember who they are. I will be glad when the pictures are put up and you can tell exactly who is in each photograph. This is exciting because John Mosley is a well-known photographer in the city for years.”

Mosley was a self-taught photographer. He took pictures of the city’s African American movers and shakers and ordinary community people from the 1930s to 1969. He captured historic moments of many of the city’s Black leaders.

When Philadelphia born artist Deborah Willis worked at the Smithsonian Institution, she said that recognizing Mosley’s work was “long overdue.” She said that Mosley captured people in their natural settings which made his work different from portrait photography. Yet she noted that he had “the technical skill” to do posed portraits as well.

“From the initial glance at John W. Mosley’s photographs, the viewer begins a visual interrogation,” Willis said.  “Each photograph is layers of subtleties that should not be glossed over. Race and representation of race pride in his photography can be used as a catalyst for critical discussions in classrooms and homes, as well as in photographic galleries.”

Charles Blockson often refers to the work of Mosley, and his work is a major part of the collection that Blockson is noted for. He said that Mosley was one of the most gifted photographer. So, Blockson said he was thrilled when he was able to secure the collection of photographs from his family. 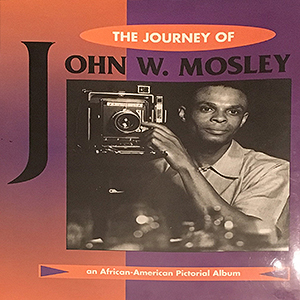 Blockson said it was Mosley’s wife, Teresa Still Mosley, a retired Philadelphia school teacher and her brother, Clarence Still, who donated the collection. This was made possible because the Still and Blockson families had a relationship for more than 150 years at the time the collection was donated.  Blockson singled out, “their belief and enthusiasm regarding the value of the Mosley photographic collection” moved them to contribute the works to his collection. The collection was originally donated to the Charles Blockson Afro-American Collection in 1985.

“A sincere thank you to Diane D. Turner for selecting and handling fragile original negatives with understanding and care, for performing the tedious task of researching and writing the captions, and for editing and indexing,” Blockson said.

So, it is portions of this collection that is coming to the Mount Airy United Fellowship Church. Among the collection is a photograph of the late Rev. Leon Sullivan, founder of OIC, having a conversation with former President Richard Nixon. There are also many photographs of the city’s African American socialites attending galas and photographs of many other high-profile leaders and professionals.

Mosley, a native of Lumberton, North Carolina, was born in 1907. He started his love of photography when he acquired a simple box camera. It was after he migrated to Philadelphia in 1934 that he became a professional photographer working at Barksdale Photography Studio at 8th and Market Streets. His photography collection grew to include many U. S. presidents, Hollywood actors and other celebrities, and many African American leaders in Philadelphia, New York, Baltimore and Washington, D.C. His worked appeared in African American newspapers in Philadelphia and Pittsburgh for more than three decades.