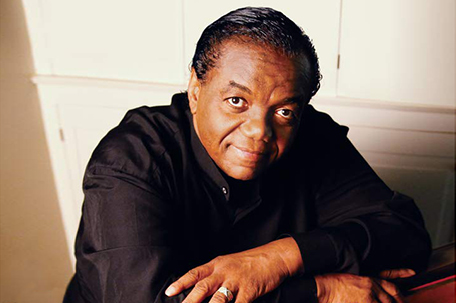 He’s written over 100 top 10 hits and is a legend among songwriting legends. Now, Dozier is sharing his memories and his songwriting insights in “How Sweet It Is: A Songwriter’s Reflections on Music, Motown and the Mystery of the Muse” (BMG Books).

As part of Motown’s legendary songwriting and production team of Holland-Dozier-Holland, Dozier is responsible for classics including “Baby I Need Your Loving,” “You Can’t Hurry Love,” “I Can’t Help Myself (Sugar Pie, Honey Bunch),” “Stop! In the Name of Love,” “Heat Wave,” “Baby Love,” “It’s the Same Old Song,” “Nowhere to Run,” “You Keep Me Hanging On,” “Reach Out I’ll Be There,” “How Sweet It Is (To Be Loved by You),” “Bernadette” and many more.

After leaving Motown, he has continued to make his mark as an influential songwriter, artist, and producer with hits such as “Give Me Just a Little More Time” and “Band of Gold,” as well as “Two Hearts,” the chart-topping hit for Phil Collins that earned the pair a Golden Globe, Academy Award nomination and a Grammy win.

In the book, Dozier takes us behind the scenes of the Motown machine and its history, sharing personal stories of such icons as Diana Ross, Marvin Gaye, Stevie Wonder, The Four Tops, Smokey Robinson, and Berry Gordy.

From his flirtatious grandfather chatting up women coming up the sidewalk, to his own experience getting caught in a “no-tell motel,” Dozier shares the moments that inspired some of his timeless songs, and pulls back the curtain on the studio secrets that helped him and his colleagues change the face of music forever.

From his early years of struggle growing up in Detroit, to the triumphs and tragedies that have marked his personal and professional path for many decades, Dozier’s story reveals the heart, soul, ethics and passion of a true songwriter. Having pursued the mystery of the songwriting muse for many years, his stories are interwoven with invaluable insights and wisdom on the art and craft of songwriting that will inspire the creative spark in each of us.

Not only are his tips highlighted in boldface throughout the narrative, they are listed independently in the back of the book for easy reference. This book is not only a delightful memoir of one man and his relationships with his awe-inspiring peers, it is an important insight into the music business and its history and the amazing songwriter’s guideposts.

The hardback edition can be pre-ordered via Amazon and will be available in bookstores everywhere on November 26.