Morgan Freeman says he did not assault women 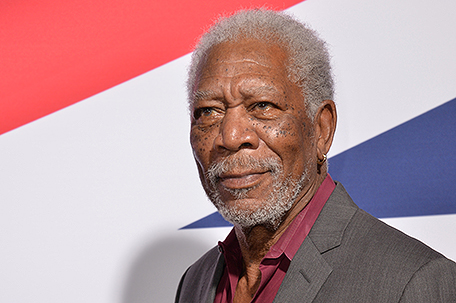 NEW YORK — Morgan Freeman says he likes to compliment people to make them feel at ease around him but that he has never sexually assaulted women.

The Academy Award-winning actor is fighting back against charges of bad behavior made by multiple women in a CNN report this week. He said in a statement late Friday that the report has devastated him and that “it is not right to equate horrific incidents of sexual assault with misplaced compliments or humor.”

Following the report, Visa announced it was suspending all of its marketing that features the actor’s voice.

CNN’s story includes one movie production assistant who said Freeman unsuccessfully tried to lift her skirt. Other women talked about unwanted touching on their backs and shoulders. Mostly, Freeman’s accusers say he would comment about their bodies or clothes or make them uncomfortable by staring. A male former employee of Freeman’s production company said the 80-year-old actor would behave like a “creepy uncle.”

One of the article’s authors, Chloe Melas, began working on it following a press junket where she said Freeman clasped her hand, looked her up and down and made comments like, “you are ripe.”

“I admit that I am someone who feels a need to try to make women, and men, feel appreciated and at ease around me,” Freeman said. “As a part of that, I would often try to joke with and compliment women, in what I thought was a light-hearted and humorous way. Clearly I was not always coming across the way I intended.”

He said that he did not assault women, create unsafe work environments or offer employment or advancement in exchange for sex.

His reference to equating his behavior with others was unclear. The accusations against Freeman came out the same day word spread that New York City authorities were filing rape charges against disgraced Hollywood producer Harvey Weinstein.

Freeman’s statement was reminiscent of an email written by longtime television anchor Tom Brokaw sent to friends recently after a former colleague had accused him of unwanted sexual advances.

“I am devastated that 80 years of my life is at risk of being undermined, in the blink of an eye, by Thursday’s media reports,” Freeman said.

Morgan Freeman–born to be Morgan