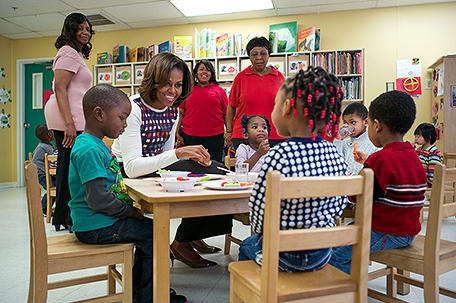 She made the comment at a New York City event marking College Signing Day, a nationwide tradition she began participating in as first lady to encourage young people to seek higher education. It was the fourth year she had participated.

“I might not live in the White House anymore, but Barack and I are going to keep on celebrating you all and supporting you and lifting you up no matter what house we live in,” Michelle Obama said. “Our belief in the power of education to transform your lives is real and it’s going to be at core of everything that we do going forward.”