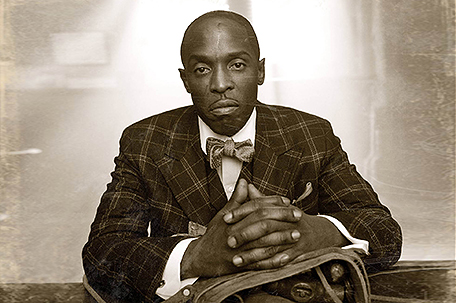 When we spoke to “Boardwalk Empire” showrunner and head writer Terence Winter (screenwriter of The Wolf of Wall Street as well) last year, the series creator was hoping to change the paradigm of his HBO show. Up until this point, all of the seasons had been largely self-contained: Atlantic City kingpin Nucky Thompson (Steve Buscemi) would face adversaries looking to encroach on the throne and by the end of the season, these mobsters would usually end up sleeping with the fishes. Winter allowed that this model had been done, and so season four concluded much more adrift, with the fates of several characters up in the air. It wasn’t exactly a cliffhanger per se, but very open-ended as to what would happen.

Thus, it was probably heartbreaking when HBO announced that the expensive-to-make “Boardwalk Empire,” with good, but not great ratings, would have one more season to wrap up its collective story lines. This would be a difficult task, as it felt by the end of season four that there were at least two to three seasons left (at the time of the conversation with Winter, he was thinking about winding down, but certainly didn’t believe he only had one season left and said the ending was definitely not mapped out yet).

How to cover all that story road and chronicle all the character arcs they had planned? Well, it sounds like they found a solution and compromise in a fast forward technique. Despite each season picking up a few months (or around one year in the case of the gap between seasons two and three) after the aftermath of the previous season, a recent interview with cast member Michael K. Williams (who plays Chalky White) reveals the show is going to make a big jump in time towards the beginning of The Great Depression.

“The storyline has jumped seven years [into the future], which is why I have the beard now,” Williams said during a recent interview about Season 5. “The Depression has set in. The days of the shiny shoes and fancy suits are long gone.”

What does that mean for Williams’ character? “It ended very badly for Chalky last year,” Williams reminded about his character’s fate. “His family life is no more, and he is desperately seeking Dr. Narcisse to settle old scores.” Will revenge still be the main goal seven years down the road? Williams was tight-lipped.  “I hope so. I’m a huge fan of Jeffrey (Wright, who portrays Dr. Narcisse) and I really enjoy working with him.”

The year 1931 is two years before prohibition was repealed and as bootlegging is a central aspect of the gangster show, it will be interesting where it all goes in season five—presumably with the inevitable fall and decline of these mobster empires. What will have transpired in those seven years? Well, it’s certainly a canny writing ploy to essentially hit reset, create an entirely new world of circumstances and complications (the Great Depression surely hurting everyone) and get right down to the heart of exploring whatever thematic territory and character beats the producers had hoped to cover.

“[Fate is] all part of the theme of greed, ambition, power, corruption; the pursuit of money at the expense of everything else,” Winter told us last year. “That’s a big theme of the show, the whole idea of when is enough, enough?” That question will likely be answered this fall. The final season of “Boardwalk Empire” is showing now on HBO.