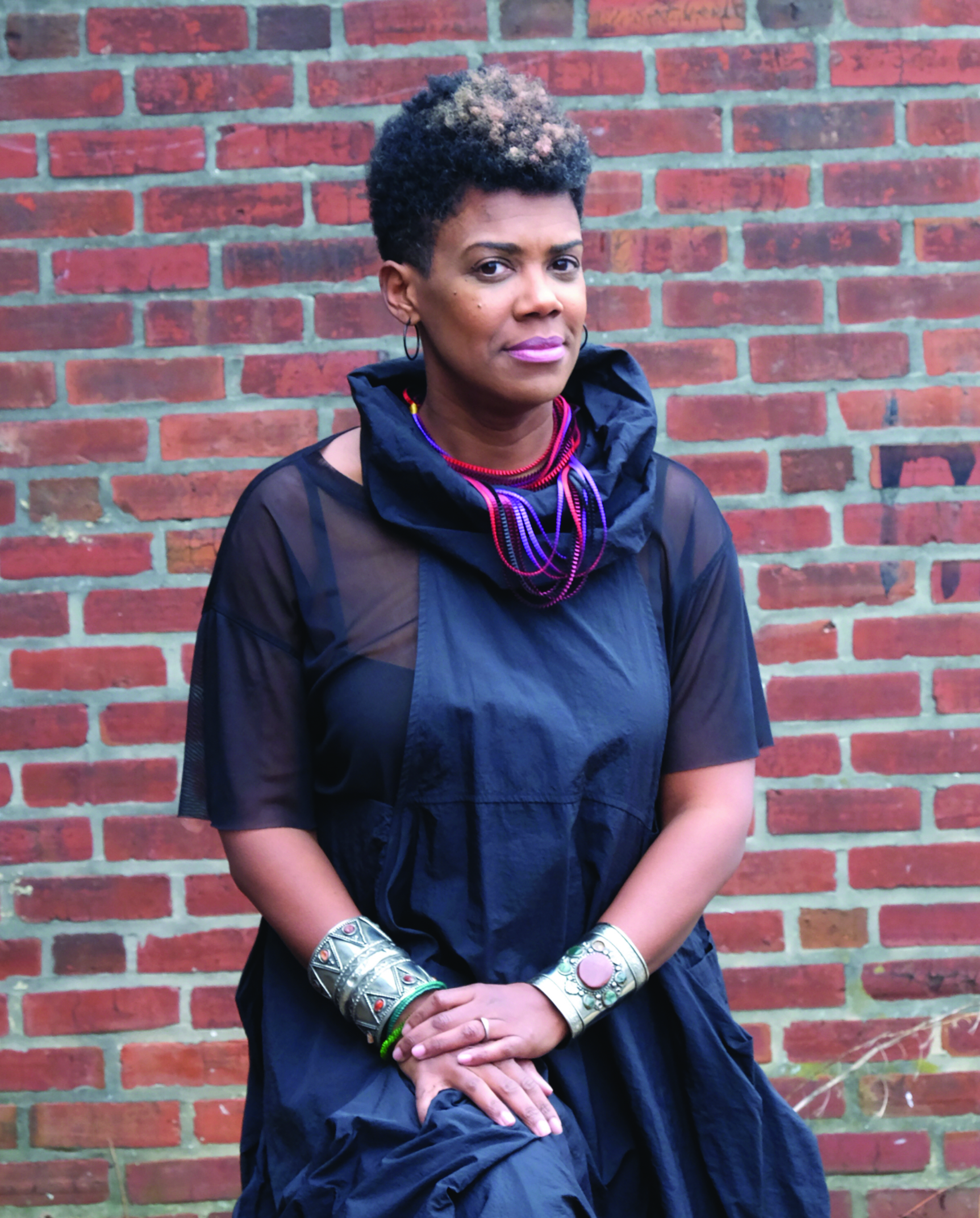 By Kharisma McIlwaine
Philadelphia native M’Balia Singley is a performer that has explored various facets of the arts. As a singer, songwriter and actress, her works have taken her on a journey through a variety of creative spaces.

Singley has performed at iconic locations like the Jazz Standard and Smalls in New York and can also be heard on John Legend’s Grammy-nominated album “Get Lifted.” She self-produced her most recent album, “Halfway There,” and in 2017 she composed her first children’s musical, “Anansi, the Spider King.”

Singley was a Jazz resident at the Kimmel Center from 2017-2018 and was selected as a theater resident in 2018. Her newest piece, “Turn” — a one-woman show — will premiere at The Kimmel Center on February 26. “Turn” explores the various facets of being a Black woman.

Singley spoke with the SUN about her inspiration for “Turn” and what she hopes to achieve by sharing her experiences.

Although Singley began piano and guitar lessons at an early age, her appreciation for music did not blossom into a career until 2009.

“What changed for me was I was going to law school while I was working, doing the night program at Temple University,” she said. “ I would come home, tired, pregnant with my second child, and my husband said to me, ‘maybe you should do music full time.’It coincided with the market crash and the financial crisis in the country, so it probably wasn’t the best time to make that turn, but I stayed with it because it really was my passion and I got more serious in terms of being an artist.”

Singley’s newest piece has also been a true labor of love, taking her two years to complete.

“So many things in this industry take time and we live in a world where everything is expected to happen very quickly… but it’s really a long game,” she reflected.

The years of dedication truly paid off for Singley with the birth of this incredibly complex, one woman show.

“One of the things I say is when someone is finished seeing the show, I want them to walk outside and thank the first Black woman they see,” she emphasized. “This show for me is a love letter to Black women. What they’ll see and hear is original music that deals with a variety of things. I tell stories about my experience as an African American woman in this country.

Through the lens of Shakespeare’s “Othello,” Singley delves into the intersectionality of being Black and a woman in America.

“I saw “Othello” seven years ago,” she said. “I was going to support a friend, and was in no way interested in seeing “Othello.” I knew it was the play where the Black man kills a White woman and I felt like I would be coming in mad and leaving mad. What I saw and experienced was actually something very different.”

“I could relate to “Othello” in that I know what it’s like to be the only Black woman in a number of spaces,” Singley continued. “I could relate to his sense of isolation, and to his employee who felt overlooked by Othello and thought I’m going to get my boss. I could relate to Othello’s wife who is trying to negotiate the patriarchy… how to make her dad and her man happy. There were all kinds of juicy elements and I felt like I actually see myself in these characters… which is ironic because there are no Black women in “Othello.”

Not only does “Turn” introduce original music and offer its audiences drama, it also uses comedy to share potent truths.

“I wanted to be able to laugh at the absurdity of it all, Singley said. “I think very often as it pertains to the representation of black women, art and culture; it’s only our trauma that gets seen. While I do talk about trauma in this show, I’m also able to laugh about it. These stories really are what make us who we are. Part of the process of healing and true self understanding is being able to take off the part of oneself that has experienced the trauma, but to also celebrate the joy and the silliness of our lives.”

Singley’s hope for the audience is a direct reflection of what “Turn” represents.

“I want everyone to come see it, but my hope is that when Black women come to see it, they will see themselves in this show,”, she explained. “That’s very important to me not just during Black History Month, but that we as Black women see ourselves all the time.”

“We do so much for everybody, and so often we inspire so much without even being there,” she concluded. “The natural way we are, our styles… we inspire everyone, but rarely get the credit and we rarely see ourselves in the narrative.”

Be sure to follow M’Balia Singley and keep up with all that she’s doing on her website at: www.mbalia.com. “Turn” will premiere at the SEI Innovation Studio at the Kimmel Center from Wednesday, February 26 through Saturday, February 29. Visit: www.kimmelcenter.org for more details on tickets and showtimes.