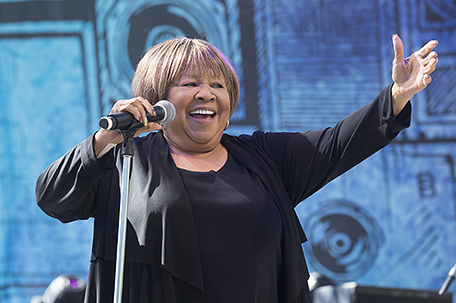 ABOVE PHOTO:  Mavis Staples performs at BottleRock in Napa, California in 2017.  (Photo: Shutterstock)

CINCINNATI — The National Underground Railroad Freedom Center in Cincinnati says it plans to celebrate the life of singer and activist Mavis Staples with one of the museum’s highest honors.

The center presented Staples with the Everyday Freedom Hero Award at a reception on Friday. Staples received the reward prior to her concert performance, “An Evening with Mavis Staples.”

The Freedom Center says it created the Everyday Freedom Hero Award to recognize individuals and organizations that strive to live up to the ideals of the Underground Railroad movement while using their resources for the wellbeing and betterment of their communities.