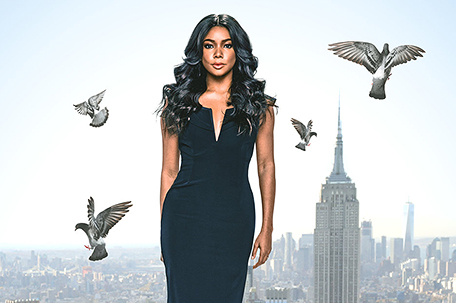 Viewers will catch up with Mary Jane as she has bitten off more of the Big Apple than she can chew. After becoming a national anchor on the morning news show “Great Day USA,” Mary Jane is feeling distrustful of Justin (Michael Ealy) after Kara’s (Lisa Vidal) firing. Mary Jane tries to make it work with Lee (Chiké Okonkwo), but resisting Justin is undermining her performance in the coveted co-anchor spot and forces a final reckoning with Lee.

For video sneak peeks and first looks from the new season of “Being Mary Jane,” visit the official page at BET.com/beingmaryjane. Viewers can also find series updates on Facebook by liking the fan page at Facebook at: Facebook.com/BeingMaryJane. Also, join the conversation about the show on Twitter by using the hashtag #BeingMaryJane: Follow the show for all updates & special surprises: @BeingMaryJane. For more information about the series, visit BET.com.