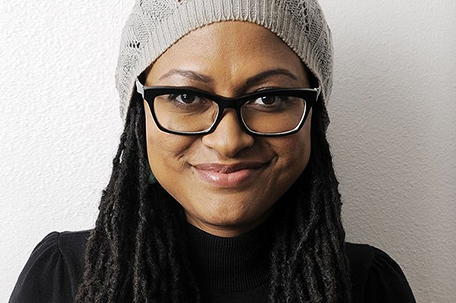 The word is that Marvel Studios is considering handing Selma director Ava DuVernay the reigns to one of the studio’s upcoming super hero pics.

As the saying goes, ask and you shall receive.

I recall that her name was mentioned by a number of  Shadow and Act readers in a previous post in which I asked about your choices for black directors for upcoming black superhero movies… like Marvel’s upcoming Black Panther.

Marvel wants Ava DuVernay to direct one of its superhero movies – potentially Black Panther or Captain Marvel, according to an exclusive from the website TheWrap, with Black Panther being the most likely of the two.

Conversations have happened between both Marvel and DuVernay, and while there are other directors in the running, she’s interested. The timing here would be perfect, especially with an inquiry from the American Civil Liberties Union causing conversations about the lack of women directors on studio films to heat up again.

If a deal is worked out, this would be the first time that a woman directs a Marvel studio picture, which is incredible, though not a surprise, and which would be a coup for all involved!

Black Panther is set to star Chadwick Boseman as the title character. There’ve been rumors that Ernie Hudson will play his father in the movie, but those haven’t been confirmed yet.