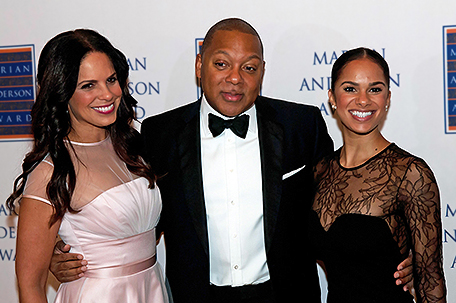 “Excellence itself is a form of protest.”

It was with that sentence that Wynton Marsalis ended his acceptance speech for the 2015 Marian Anderson Awards Tuesday night at the Kimmel Center’s Verizon Hall… and an evening of entertainment that proved that point. 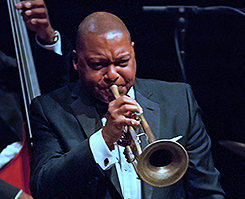 From the notes of violinist (and three-time Marian Anderson Award Youth Study grant-winner) Max Chambers to the performance of the original Wynton Marsalis Septet, the annual gala that celebrates artists who use their talents not only to entertain the masses, but for the betterment of society.

Hosted by journalist Soledad O’Brien, the gala concert featured a wide-range of entertainment that wowed the audience. Chambers, accompanied on piano by Farid Barron, began the evening’s festivities. He was followed by history-making ballerina Misty Copeland, who performed a piece commissioned for the gala and choreographed by Robert Garland, resident choreographer for the Dance Theater of Harlem 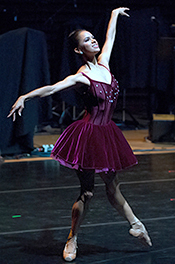 Grammy-award winner Lalah Hathaway performed the song “Little Ghetto Boy”, a song made famous by her father, the late Donny Hathaway and joined Gospel singer Kim Burrell on stage for a performance that brought the crowd to its feet.

As part of his acceptance speech, Marsalis emphasized how important Anderson’s story was, and how it can be used today.

“The artistic story of Marian Anderson is an American story,” he said. “It’s the story of church members who paid for her initial lessons. It is as much a social story of her winning a competitor to sing with the New York Philharmonic in the early 20s; it as much the encouragement of Roland Hayes, the greatest American Negro tenor of that period. It’s the political story of the daughters of the American Revolution vs Eleanor Roosevelt. In all of these stories, Marian Anderson emerges triumphant, but she’s not alone at all, the triumph is plural… it is a victory for all us. Because the life of Marian Anderson was serious, let us honor her by giving her life the proper framework to resonate in all of its true glory far, far into the future.”

Created in 1998, the Marian Anderson Award celebrates the achievements of critically acclaimed artists who have used their artistic gifts to contribute to society. The award is named for famed Philadelphia contralto Marian Anderson, who made history when she performed at the Lincoln Memorial at the behest of First Lady Eleanor Roosevelt. Previous recipients of the award include Harry Belafonte, James Earl Jones, Richard Gere, Berry Gordy and Jon Bon Jovi.