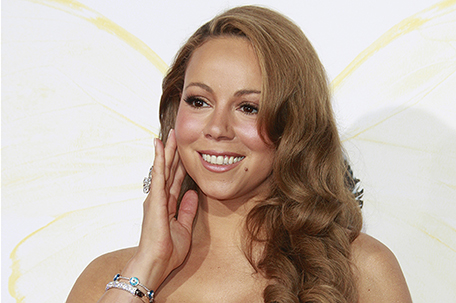 BEVERLY HILLS, Calif. (AP) — After two seasons of teasing viewers about whether it would happen, Mariah Carey has set a date to guest star on Fox’s “Empire.”

Carey will appear on the Oct. 5 episode, the network confirmed at a TV critics bi-annual press tour.

She will play a superstar singer named Kitty, who collaborates with Jussie Smollett’s character, Jamal Lyon, on a new song. Lyon has a creative block until Kitty helps him deal with some personal issues to make the song work.

“Mariah ‘loves the show’ and has long made a point of sharing her passion for it when they have met at events,” said Dana Walden, chairman and CEO of the Fox Television Group.