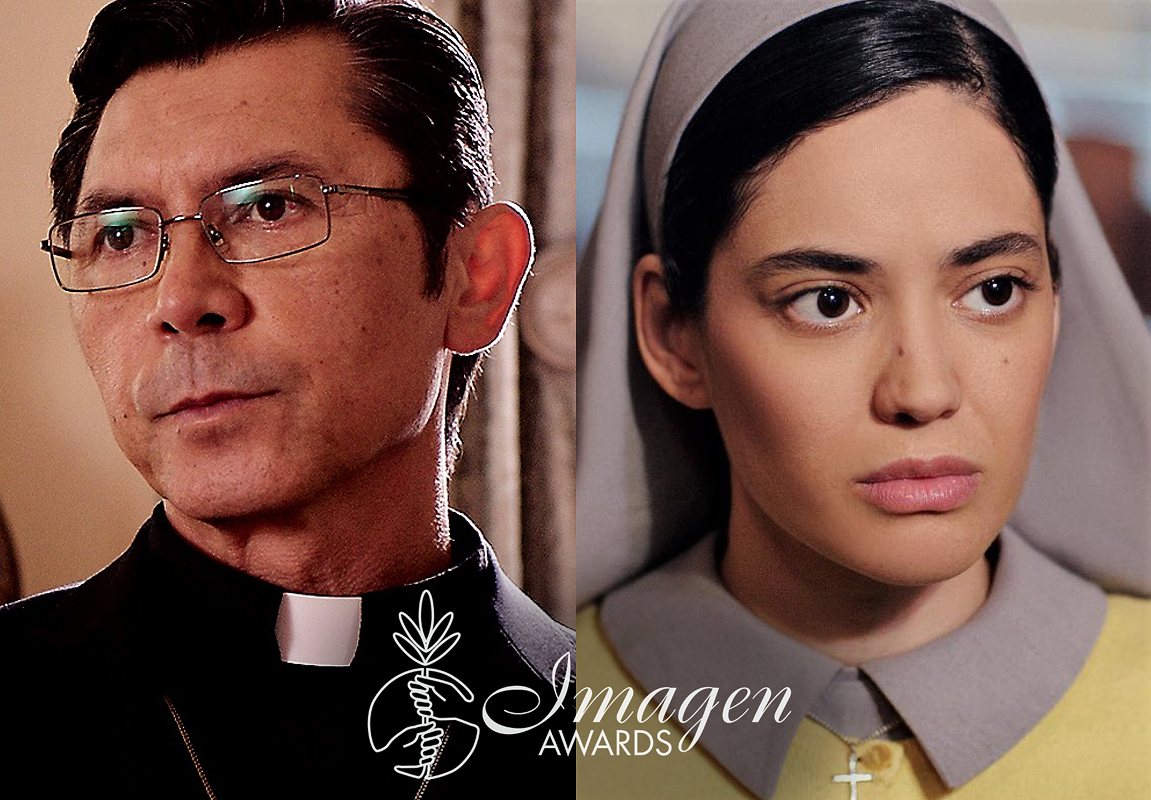 “Created Equal” stars among those nominated for the premier Latino entertainment awards program!

ATLANTA–This week, the Imagen Foundation announced the nominees for the 32nd Annual Imagen Awards – the only premier Latino entertainment awards program dedicated to honoring the positive portrayal and creative excellence of Latinos and Latino cultures in television and film.

For their portrayals in the upcoming Bill Duke drama, “Created Equal,” celebrated Hollywood actor Lou Diamond Phillips, and “one-to-watch” Latina actress, Edy Ganem, were among those mentioned in the esteemed list of nominees. Phillips has been nominated for “Best Actor – Feature Film” for his role as “Monsignor Renzulli,” while Ganem has been nominated for “Best Actress – Feature Film” for her portrayal as “Alexandra ‘Allie’ Batista.”

“I am incredibly honored to once again be recognized by the Imagen Foundation,” said Phillips. “The panel has always been discerning and thorough in their efforts to bring positive and impactful portrayals to the attention of the community and I am quite proud that a small film like ‘Created Equal’ has garnered their praise.” He continues, “It is always gratifying when a pure piece of work, noble in its intentions and unique in its approach, is singled out and given a platform to reach a larger audience.”

“This nomination is very special because it represents the American Dream and what dreams are made of,” said Ganem who shares the “Best Actress” category with Salma Hayek and Eva Longoria. “Salma Hayek was the only Mexican actress I knew of in Hollywood when I was growing up, and Eva Longoria has been a true guiding force ever since I met her,” Ganem said. “After a few years of a lot of hard work and a lot of sacrifices; I finally got to play a very strong and inspiring female character and I am being nominated for it alongside these two incredible women. I’m beyond honored and grateful and can only hope my work will allow younger girls to identify and believe in themselves to follow their dreams.”

The Imagen Awards nominees are selected by an independent panel of entertainment industry executives and Latino community leaders. Other notables mentioned in yesterday’s announcement include Diego Luna, Kenny Ortega, Jennifer Lopez and more!

The Imagen (which is Spanish for “image”) Awards will be presented on Friday, August 18, at The Beverly Wilshire in Beverly Hills, CA. For a complete list of nominees and more information regarding the Imagen Awards, or to purchase tickets, please visit: https://www.imagen.org/2017/07/06/nominations-announced-for-32nd-annual-imagen-awards/.