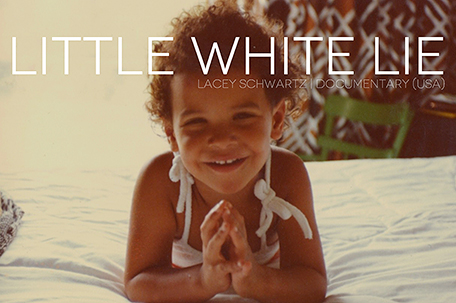 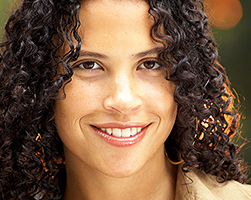 As a girl, Lacey Schwartz grew up wondering why she had darker skin, which became a source of embarrassment for her and eventually led her to question everything. “Little White Lie” is the filmmaker’s personal journey through a lifelong legacy of family secrets that, once revealed, changed her own identity and sense of self. “The film is a searing portrait of collective denial,” wrote Ben Kenigsberg in The New York Times, “a diagnosis from which Ms. Schwartz doesn’t exempt herself.”

Lacey took the time out to talk to us about the film, including ways it’s changed everything for her family, and how– while her story is certainly unique – she thinks it will spark similar conversations in other families.

What led you to make this film?

I made this film to talk about dual identity and the family secrets surrounding so many of our personal stories. I feel strongly that denial is very powerful and can define how and who we identify with. I define a family secret as something that everyone knows and no one talks about. These secrets can take control of our lives and there are very few spaces in a day-to-day life to engage these issues in order to move past them. I am also fascinated by how people can embody two identities and yet only engage with one depending on the circumstances. So I made this film to model the process of having difficult but worthwhile conversations about dual identity and family secrets in order to move forward with your life.

What impact do you hope Little White Lie will have?

My goal is to help people talk more honestly and openly about their own little white lies and for the film to act as motivation for others to move past what is holding them back in their lives. By doing this I hope people will become more accepting of themselves, those in their family and as a result we will have a more accepting society.

Have you talked with other people with similar stories, discovering a racial heritage they didn’t know about until adulthood? (Bliss Broyard‘s book One Drop describes her own experience like that, and I wonder if you’ve been meeting with other people like her.) Do you find people now wanting to tell you their own personal stories of family secrets after seeing the film?

Yes, so many people have been reaching out to me and the film generally to share their similar stories. It is incredible how many people out there connect to one element or another of my story, from the racial discovery to the paternity issue to family secrets and denial more broadly.  We are creating spaces and tools for people to share and talk about these secrets – to start, please do so on our talkback page or check out our website for more.

And, in particular, yes I have connected with Bliss Broyard. I read her book when it first came out and was inspired by it. We haven’t had a chance to meet yet because she is on an incredible year-long worldwide trip with her family, but I look forward to doing so when she is back.

What were some of the biggest challenges you faced in making this film?

The biggest challenge I faced in making this film was getting over my fear of talking about issues my family and I had never discussed before. It was also incredibly difficult to take that footage and edit it into a story where other people could fully access and understand what I went through.

How did you gain the trust of everyone you filmed for Little White Lie?

Having a camera constantly around can be jarring for anyone so I made sure that the people in my film had time to get used to the camera being around before we had any difficult conversations in front of the camera. This extended the time it took to make the film, but it was worth making sure that everyone was comfortable first. I also made sure that everyone knew that the film I was making was about my story and I was not trying to expose them – I gave them the option to help me tell my story or to opt out of being involved in the film.

Was there anything you would’ve liked to include in your film that didn’t make the cut?

We did a lot of filming of me exploring my Black Jewish identity, including a trip to Israel. It was a really important experience for me, but in the end it was not directly relevant to the film we ended up making.

Have the people featured in the film (family, friends, and others) seen it, and if so, what did they think?

[They’ve] been very supportive about me telling my story– not all of them choose to come to screenings or talk about the film publicly, but they have let me know that they are proud of me and support me. I think for many of the people in the film the difficult work was having the initial conversations on camera. Seeing them is just further catharsis. My mother in particular is very happy with the film. She feels that the process has improved our relationship and also taught her how to live a more honest life.

Before seeing the film people ask me all the time when I really first knew that I was Black. It is hard for people to understand that overcoming family secrets and denial can be a gradual process. It isn’t necessarily something that hits you all at once. That is one of the things I wanted to show with the film.

Any updates from where the film left off?

There have been so many highlights and amazing experiences that has come out of sharing this film, but as I have said in other answers for us the most exciting part is using the film as a tool for helping other people have important conversations so we have been honored to be selected for two incredible programs that will allow us to do so even more: the Sundance Institute’s Film Forward program on advancing cultural dialogue and USC and the US State Department’s American Film Showcase.

What didn’t you get done when you were making your film?

When I was making my film I never was able to complete my wedding photo album – I started it, but editing the film took up too much time. So instead of a wedding album we have my film.

What projects are you working on next?

In terms of directing and writing, I am interested in my next projects being fiction and am developing some ideas now. The next project my producing partner, Mehret Mandefro, and I are producing is a documentary series directed by Yoruba Richen based on the book How It Feels to Be Free, which is about black female performers during the Civil Rights Movement and how they were activists both on and off the stage and screen.

What are your three favorite films?

Do the Right Thing, Some Like it Hot, When Harry Met Sally. Recently, I also very much loved Boyhood.

Do you have any advice for aspiring filmmakers?

My advice for filmmakers is that making an independent film is like starting a small business, so you need to be honest with yourself whether you can run that business yourself or you need to partner with someone more business-minded than yourself to manage the many business tasks associated with getting your film done – from raising money to bookkeeping to managing all your media in an organized fashion.

And what’s the most inspirational food for making independent film?

Peanut Butter: because when you don’t have time to sit down and eat a full meal one spoonful can keep you going for a long time. Every independent filmmaker should keep a jar by their desk.