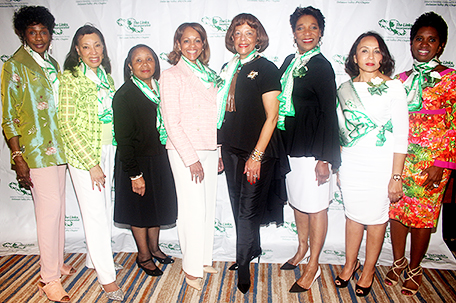 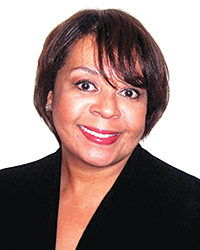 “The Links, Incorporated, an international nonprofit corporation, was established in 1946 in Philadelphia, Pennsylvania by Margaret Roselle Hawkins and Sarah Strickland Scott to respond to the needs of African Americans in the aftermath of World War II. Membership of The Links, Inc. has grown to over 14,000 professional women of color in 280 chapters located in 41 states, the District of Columbia and the Commonwealth of the Bahamas.

The tremendous effort and diligence of 2017 “Ways and Means Committee event co-chairs Orien-Reid Nix, Kimberly Lloyd, Monique Braxton-Royster and Linda Wormley Meade was evident and resulted in a relaxing, enjoyable afternoon for a great cause.  Braxton -Royster also did an excellent job as the affair’s mistress of ceremonies. It was a lovely gesture for each co-chair to be presented with a lovely bouquet by their “sister” Links.

The afternoon was off to a great start with cocktails and conversation.  Guests enjoyed chapter members center stage entrance as Beyoncé’s “Run the World (Girls)” played. All wore signature scarves in official green and white Link colors. They also enjoyed browsing and shopping with vendors displaying enticing selections of accessories and clothing. The raffles were very popular, with one lucky gentleman winning a sizeable cash prize. Guests received vouchers for the casino, inspired by chapter member Karen Clifford’s rendition of Frank Sinatra classic “Luck be a Lady Tonight.” 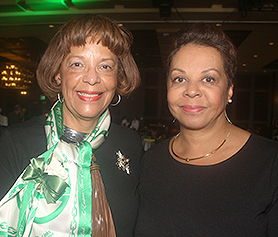 The meal was blessed by alumna member Joanne Bradley-Jones. The dance floor was lively with music by Virgil B. Walker and Phlayva  blended with R & B and other popular recorded tunes by DJ Jazzy Joe.