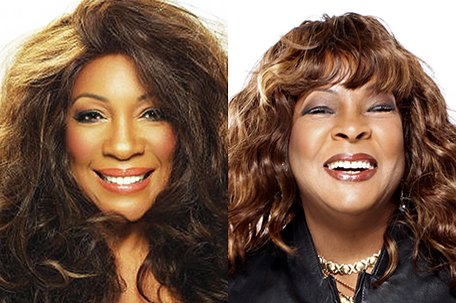 Rock & Roll Hall of Fame inductees Mary Wilson of The Supremes and Martha Reeves of Martha & the Vandellas bring their influential Motown classics to The Event Center at SugarHouse Casino on Friday, May 17, at 8 p.m. Tickets for the concert go on sale Friday, March 15, and cost from $39 to $59.

Best known as one of the founding and longest reigning members of The Supremes, Mary Wilson became an international sensation with hits like “Baby Love,” “Come See About Me” and “Where Did Our Love Go.” With unmistakable vocals, Wilson continued her musical legacy with a solo career that involved performing in multiple Broadway shows, creating two studio albums and writing two best-selling memoirs.

Wilson’s equally talented Motown colleague, Martha Reeves, also became an R&B phenomenon as the lead vocalist of Martha & the Vandellas. With her unmatched vocals, the group had many hits like “Heat Wave,” “Dancing in the Street” and “I’m Ready for Love.” Reeves continued a successful solo career that included multiple albums as well as writing a best-selling autobiography. Reeves also established a successful acting career that included numerous Broadway performances and appearances in movies and television shows.

With decades of experience in the music industry together, these ’60s icons have multiple number one albums and Billboard hit singles. Reeves’ and Wilson’s remarkable talents and powerhouse vocals have defined an entire generation of music as they continue to perform together and provide fans with their favorite Motown hits.

In addition to live performances and concerts, The Event Center at SugarHouse Casino can be reserved for a variety of occasions, including weddings, corporate receptions, seminars, trade shows and more. The space features floor-to-ceiling windows and panoramic views of the Delaware River waterfront and the Ben Franklin Bridge. Parking is always free. For more information, visit: www.sugarhousecasino.com/ .