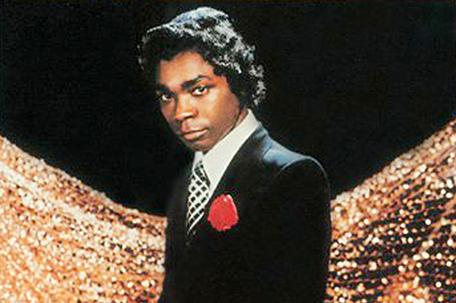 We are very sad today to report the passing of the great Hamilton Bohannon at age 78. He was a music lifer who contributed to several momentous periods in music and also created an iconic dance jam.

Bohannon moved from his native Georgia to Detroit as a young man to perform as a drummer in a teenage Stevie Wonder’s touring band. It led to a job at Motown, leading the touring musicians for many of the label’s biggest artists in the late 60s and early 70s, including The Temptations, Marvin Gaye and The Supremes. He also wrote for Gaye and other artists during his stay at Motown.

Bohannon fronted his own musical act in the 1970s and released a series of albums that created for him a following in the developing dance and disco communities. His first major hit was “Foot Stompin Music” in 1975 and the international smash “Disco Stomp.” But it was his move to Mercury Records later in the decade that led to the peak of his recording success. “Let’s Start The Dance” became an across-the-board smash and one of the most iconic songs of the disco era. He also produced other artists during this period, including legendary Detroit singer Carolyn Crawford.

In the 1980s, Bohannon continued his success with his own label, working both as an artist and as a producer. And with the rise of the hip-hop era, his songs found new life. Their infectious beats and big sound became the sampled foundation for hip-hop songs by countless artists such as Snoop Dogg, Digable Planets, and Jay Z. He also fulfilled many a father’s dream, working with his son, singer Hamilton Bohannon II. And, in an ultimate honor, he had a street named after him in his birth town of Newnan, Georgia.

Hamilton Bohannon was an incredibly talented music man whose work – both up front and supporting others – was pivotal in the development of R&B and dance music for two decades. And he always, ALWAYS, got us moving. He will be missed.