Legal thriller ‘The Divide’ canceled after one season 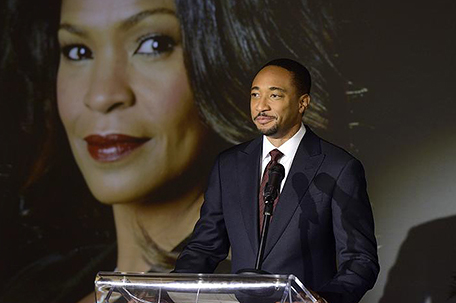 “The Divide” has been closed.

The project has always read like a stellar drama to me, on paper, given those involved, the premise, and the fact that it was initially set to run on AMC (known for its strong, award-winning dramatic programming slate). And that’s why I did eventually tune in to watch it, when it aired over the summer – its first (and with today’s news, its only) season.

When I learned that it would instead air on WEtv, as I noted in a previous post, I wondered whether the series would be a right fit for WEtv, given WEtv’s past and current lineup of shows, which includes a reality TV-heavy slate like “Braxton Family Values,” “Bridezillas,” and its spin-off called “Marriage Boot Camp: Bridezillas,” and others.

Not exactly weighty, dramatic, suspenseful, dark scripted material. So I wondered if the move to WEtv (it was initially set to run on sister site AMC TV) would actually hurt the show, given the channel’s demographic, and the possibility that non-WEtv viewers may not switch over, even if it was for 1 night a week, to watch the show.

It was part of the network’s stated rebranding strategy.

However, I can’t say whether any of this was of any influence on the network’s decision to cancel “The Divide,” the Richard LaGravenese/Tony Goldwyn drama that starred Damon Gupton as Adam Powell – a district attorney who uncovers new evidence that prompts the re-investigation of a sensational racially-motivated murder case. Marin Ireland starred opposite Gupton as a caseworker who challenges Powell’s convictions.

Nia Long took over the role that Aunjanue Ellis was initially cast to play – the district attorney’s wife, Billie Powell, who’s described as a hard-charging successful partner in a private equity firm.

By the way, Tony Goldwyn of “Scandal” fame (President Fitzgerald Grant) is one of the show’s creators.

But it’s a done deal. After an eight episode first season that ended on August 2, WEtv has canceled the freshman drama series.

Maybe another network will pick it up…