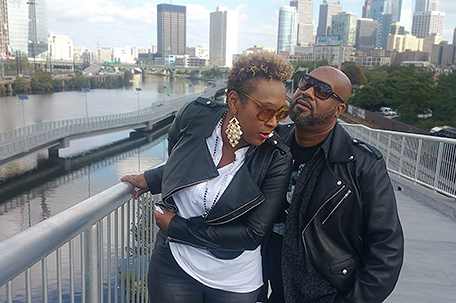 Kindred The Family Soul has long been a source of pride for Philadelphia. The music, lyrics and love story of the husband and wife duo of Fatin Dantzler and Aja Graydon, has found its way into our hearts and homes and continues to inspire. The release of the couple’s sixth studio album “Legacy of Love,” is just days away.

The music industry is constantly evolving and can often be fickle. Despite its ebbs and flows, Kindred’s fans haven’t wavered in their support, something that figured into the title of the new album.

“Originally we were going to have the title just be “Legacy”. The fact that looking back on everything we’ve done, we realized the album represents what we leave behind,” she said. “Now we have a very large family and for us, what our children get from what we’ve done with our lives is important. We look back on our body of work and feel very proud to leave that for them. It’s also been important for our fans and for us. We wanted to do something to celebrate that space… to make a marker for it and this album for us is that.” 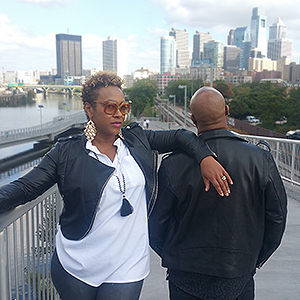 When describing the sound and feeling fans can expect from the album, Graydon said, “I think the fans can expect a celebration of life and culmination of work. We had an opportunity to solidify chemistry with a group of producers who we’ve worked with for many years. You’re going to feel the tightness of that connection, consistency and that bond. Musically I think it feels like some of the best work we’ve done with them to date… I know that’s a big statement.” She continued with, “Fans can look forward to feeling the energy of over all positivity about where were headed, excitement about the place we are in, and ultimately celebrating the thing we do the best and that’s love, connections and family.”

“Legacy of Love” includes 12 original tracks, a bonus cut, and took only six months to create from inception to completion. Graydon explained how her family’s teamwork aided in the album’s quick turnaround. “My husband always makes a comparison to what it’s like when you have a basketball team that has been playing together for a very long time. They make those no look passes and the whole nine… they know where the other is going to be. It’s a lot easier for us to find a creative rhythm and synergy.”

“Not everyone gets entrusted with the most important times in peoples lives rather it’s getting married, having children, losing a loved one or any of the things people have told us our music has been the backdrop for,” Graydon said, expressing deep appreciation for the longtime support of their fans. “For us this album is a continued thank you for allowing us to play a part in people’s most personal, special, and pivotal times in their lives. We’re still here. We are consistently willing and wanting to do this together and the fact that we continue to get the kind of affirmation that says it’s good and people want to be apart of it… that’s everything! What more could you want?”

“Legacy of Love” will be available for purchase and download on Tuesday, August 30th and fans are welcome to attend an “Eat and Greet” with Kindred The Family Soul on Tuesday from 6PM to 9PM. at Warmdddy’s, 1400 S. Columbus Blvd.