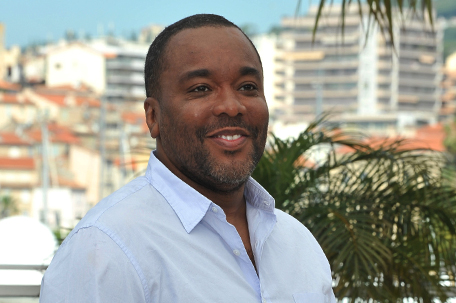 Even after Daniels found meteoric success through films such as “Monster’s Ball,” “Precious” and “The Butler,” along with his popular TV series “Empire,” he still worries that his work won’t live up to people’s lofty expectations.

“Right before I yell ‘action’ in whatever I’m doing, I am as scared as a 9-year-old child,” the producer-director-writer says. “All of my past has given me the courage and confidence on whatever I’m going to do next, because I have to challenge myself. But I’m still scared.”

Daniels expects to experience the same anxiety before his shows “Empire” and “Star” premiere back-to-back Wednesday night starting at 9 p.m. EDT on Fox. The two music dramas will combine their story lines in their two-hour separate episode season premiere with some characters from each show appearing in the other. 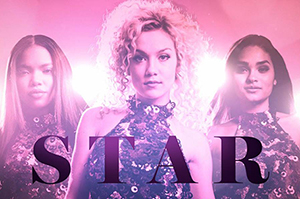 Daniels said he originally felt nervous after Fox executives approached him with the idea of doing the crossover of the shows, which both delve into the drama-filled environment of the music industry.

“With that 9 o’clock time slot, I feel like all eyes are on me. In Hollywood, they build you up to tear you down. So, it’s a little terrifying,” he says. “But I think without risk, without throwing the dice up against the wall. … You have to go (for it). Otherwise, what’s the point of life?”

“Empire” kicks off its fourth season after Terrence Howard’s character Lucious Lyon has awakened from a coma with amnesia. The series stars Golden Globe winner Taraji P. Henson as Lyon’s ex-wife Cookie who along with their three sons is fighting for a share of the family entertainment company.

On “Star,” in its second season, three young women are looking for a fresh start in Atlanta in hopes of becoming music stars as an all-girl group. The series stars Jude Demoerest (Star), Brittany O’Grady (Star’s sister Simone) and Ryan Destiny (Alexandra).

Queen Latifah, who plays Carlotta Brown, the girls’ surrogate mother, is calling the premiere of both shows “Lee Daniels Night.” She’s known Daniels for nearly 10 years, and believes he’s capable of successfully meshing both shows together.

“He’s particularly qualified to do this,” she said. “He has a skill, a talent. He’s able to bring people to life and bring stories to life and characters to life that you might not see. He can do that like nobody else, and he should. He’s not afraid to tackle any subject. He has a signature. He has a lane.”

Daniels has explored homophobia in the African-American community through “Empire” and tells the story of a transgender woman on “Star.” He feels the best way to enlighten viewers on these topics is through music, but there has been some backlash for the gay story lines on “Empire.” Some of the criticism has come from social media and even Daniels’ brother who told him, “We are Black men and we should be perceived in a certain way, because the world is already against us.”

Daniels, who is gay, said he found the comments hurtful but felt he needed to push forward. 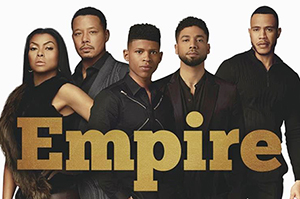 “I’m here to elevate the gay, LGBT and Black cause. It’s ultimately about human rights. From the very beginning of my career, everything has been about elevating the human cause. And not just in front of the scenes, but behind the scenes,” he says.

Whether people like it or not, Daniels is creating more content. He’s developing a couple of drama series projects with Fox, he’s teaming up with Oprah Winfrey to remake the 1983 film “Terms of Endearment” and he wants to tell the story about Bayard Rustin, a civil rights leader who fought for gay rights.

Ultimately, Daniels wants to build a school for young filmmakers who cannot afford it.

“This is about telling stories and giving a voice to people who don’t have one — and a face for people who are not seen,” he said. “Earlier on, I thought it was all about me. It’s not. As you grow older, and you realize that your time on this Earth is … a gift from God to pass along what you’ve learned — to inspire others what you have done. Make them fearless so they can break down barriers that are in front of them.”