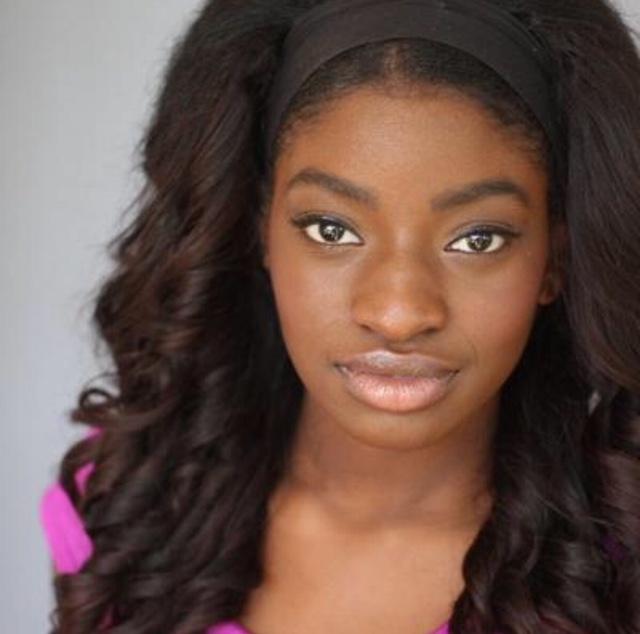 Hailing from Columbia, South Carolina, Leandra Ellis-Gaston found her love for the arts at a young age. By the age of 10, after singing and dancing in church for many years, both worlds collided sparking a love for musical theater. Gaston did her first professional show at the age of 12, solidifying her desire to pursue her passion for musical theater as a career. Gaston graduated from a performing arts high school, and furthered her education at the American Musical Dramatic Academy in Los Angeles, where she majored in performing arts with a speciality in musical theater. Gaston went on to star in “After Midnight”, “Hairspray”, “Dreamgirls”, “Throughly Modern Millie”, “Once On This Island” and a number of other productions. Now Gaston joins the cast of “Beautiful: The Carole King Musical” as both the dance captain and an ensemble cast member. She sat down with the SUN to discuss her role in the show.

The road to landing a role in “Beautiful: The Carole King Musical” was no easy task.   Gaston was determined that she would not give up until she got a yes. Her experience is a true testament to the importance of perseverance. She spoke about the auditioning process.

“I started auditioning for “Beautiful The Carole King Musical” about two and a half years ago.”  Gaston said. “After I saw it on Broadway, I thought I can be in that show, so I went to an open call. At the open call, I was introduced to the associate choreographer. I ended up auditioning and getting called to private calls. I went to nine of them before I actually booked the job with the National tour.” She added, “so it was a very long process, that [spanned] over a year and a half. It was in waves… I auditioned for every role that was available for me. I had been making it very close to the end, or all the way to the end, and I just wasn’t getting it. Then finally, when the position that I think I’m quite perfect for, which was the dance captain position was available, I got the job.”

As both the dance captain and a ensemble cast member, Gaston has a great deal of responsibilities on her hands. She explained what some of her duties are in the show.

“As the dance captain, my job is to make sure that I keep the integrity of the choreography together. Anytime that any actor comes on stage and has to do anything that’s choreographed — meaning they’re in movements or certain placements in scenes — it’s my job to maintain that. I have to make sure it looks great and upholds a certain standard.” She added, “even though I cover a few roles as a female swing, I also know the male choreography as well. As a swing I cover five roles… there are six ensemble tracks, five of them are female tracks, four of them are Shirelles”.

Anyone that knows anything about music, knows that Carole King has an incredibly impressive music catalog. Her body of work is comprised of countless hit songs by some of the most beloved singers in the world. King as both a songwriter and performer, crossed over the barriers set in place for gender and genres. Her timeless work continues to speak to multiple generations. Gaston shared her joy about participating in the show, as well as her hopes for the audience.

“I think the audience can look forward to being moved by her story. She’s such a courageous and strong woman, and her coming into her own is magnificent to see every night. I think audiences can also look forward to this amazing music! It is just so much a part of the American songbook and our culture. I think it will take a few people down memory lane a little bit… but also it will help people to remember where a lot of songs now come from. I think a lot of times people know the artist who sang a song, but they don’t know who wrote the song.”

Whether it was writing “Natural Woman” for Aretha Franklin, and “Some Kind of Wonderful” for The Drifters or becoming a dynamic singer in her own right with hits like “So Far Away”, “You’ve Got a Friend”, “It’s Too Late”, and “I Feel the Earth Move”; the mark that Carole King’s music has left on the world is undeniable! Everything in this musical… the costumes, the singing, the dancing, the pain and the humor, is sure to wow and win the hearts of audiences nationwide. The incredible amount of energy and talent the cast of “Beautiful: The Carole King Musical” gives to this show is truly to a joy to experience. This is a musical you don’t want to miss! Be sure to keep up with all the things Leandra Ellis-Gaston is doing and will be doing next by following her journey on instagram @leandraellisgaston.

“Beautiful: The Carole King Musical” will be at The Academy of Music Tuesday, January 8, 2019 through Sunday, January 20th. Visit www.kimmelcenter.org for more details on tickets and showtimes.

‘The King and I’ and Jeoffrey Watson