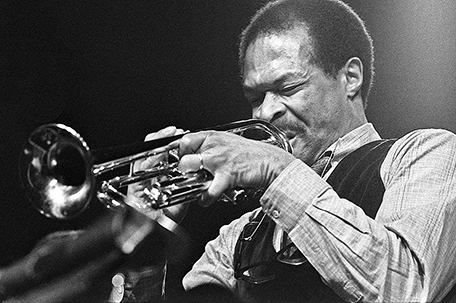 RIO RANCHO, N.M. — A forgotten studio recording of the late jazz trumpeter Woody Shaw has been released as part of an effort to preserve jazz history.

The album has been out-of-print for 25 years and is now available on digital platforms.

Swainson said it was an honor to see his project, recorded in Toronto, make it into the hands of jazz fans after the recordings languished for years. He said his friend Shaw, who had a public struggle with heroin addiction, had left a rehab center in California and came to Toronto for the recording.

The album has been out-of-print for 25 years and is now available on digital platforms.

“He looked healthy. He looked great and he was ready to play,” Swainson said.

Shaw was nearly blind from retinitis pigmentosa during the recording and played by ear and memory. “He couldn’t read nor write at the time,” Swainson, 64, said. “He has a great recall, though.”

After the recording, Henderson saw a big career resurgence stemming from a series of Grammy-winning albums for the Verve label in the early 1990s. He died in 2001.

Shaw died two years after “49th Parallel” was recorded. He was 44.

Born in Laurinburg, North Carolina, in 1944, and raised in Newark, New Jersey, Shaw was one of jazz music’s most influential trumpeters thanks to his technical and harmonic conventions. He played with the Horace Silver Quintet and worked frequently with drummer Art Blakey before launching into his own solo career.

Shaw joined the “49th Parallel” project late in his career but Swainson said he was still at the height of his game. “It was a pretty exciting session,” Swainson said. “I’m glad people get to hear it again.”