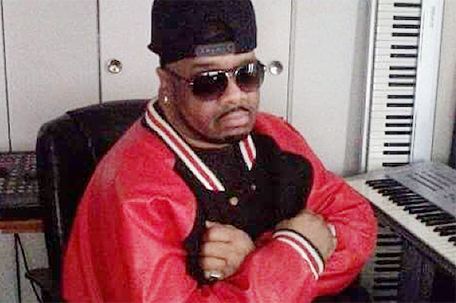 Larry “Bingo” Marcus, a founding member of 90s R&B hitmaking group The Rude Boys, and writer of their classic smash hit “Written All Over Your Face,” died last week.  A cause of death was not released.

The Rude Boys first joined together in Cleveland, Ohio with members Marcus, Joe Little III, Edward Lee Banks, Dwight Thompson and Melvin Sephus, and were discovered by the late Gerald Levert. Signed by Atlantic Records, the group released the debut album, “Rude Awakenings,” which featured their number 1 R&B hit “Written All Over Your Face,” with Levert singing lead.

As if to prove that they were not a “one hit wonder,” the Rude Boys followed with another 1 hit, the wonderful ballad, “Are You Lonely For Me,” and continued their hot streak with a major international tour supporting Levert and The O’Jays. An important footnote is that, the group’s keyboardist and musical director was future soul music star Frank McComb at this time.

The Rude Boys issued a follow up album, 1992’s “Rude House” (which included the moderate hit “My Kinda Girl”), but it didn’t hit the heights of its predecessor album, and their stint with Atlantic Records was done. It led to a split of the group, although some of the members reunited five years later for the commercially unsuccessful album “Rude As Ever.”

Though we lost track a bit of Larry Marcus after the mid-90s, he continued to play an important role locally in the Cleveland are through his Larry “Bingo” Marcus Foundation, and was a great friend and mentor to many artists in the regions. He also continued to record as a solo artist from time to time. While the spotlight wasn’t on him internationally in recent years, Marcus will forever be remembered as playing a key role in one of the 90s’ most enjoyable R&B groups, and penning a song that soul music lovers continue to enjoy a quarter of a century later.

Cleveland.com contributed to this story.

NAACP mourns the passing of Melva Norris; widow of the last survivor of ‘Scottsboro Boys’ dies at 82