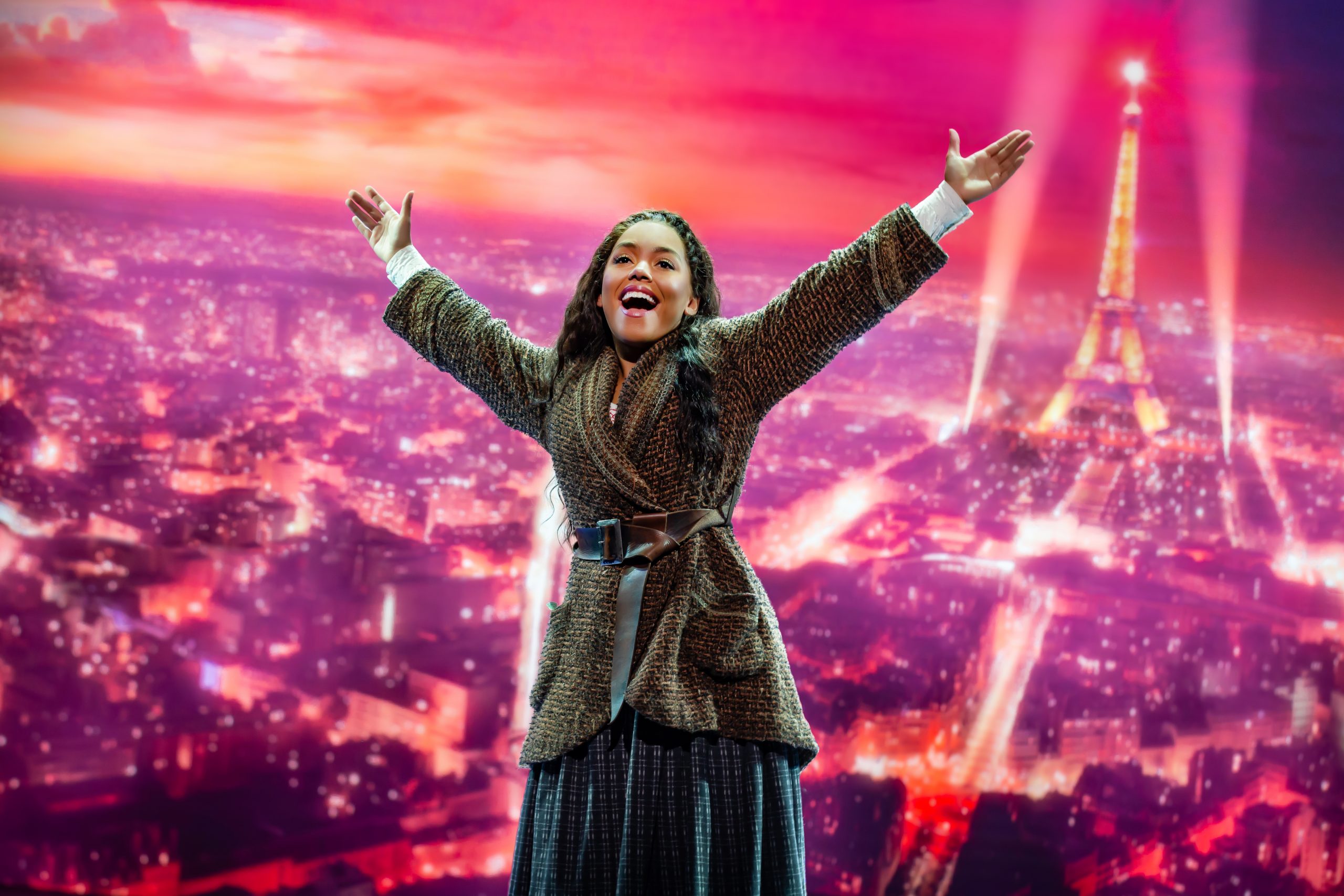 Broadway lovers are finally able to enjoy the theater in person again. To the delight of theater goers, “Anastasia” is back and better than ever!

In many ways, the Broadway musical mirrors the 1997 animated classic “Anastasia,” which stole our hearts with a tender story about rediscovering one’s identity, letting go of the past and the beauty of family. The play, which is currently on a national tour, is bringing audiences all of the elements they love, and making history in the process.

Orange County, California native Kyla Stone is the first Black woman to take on the role of Anya in “Anastasia”. Stone spoke to the SUN about what the role means to her and her incredible journey to landing the part in her national tour debut.

Stone was bitten by the performance bug in middle school, and then attended a performance arts high school. She furthered her love for performance majoring in musical theater at Chapman University. Despite the many obstacles that came with 2020, Stone graduated and remained optimistic about what was to come. Although her plans for moving to New York immediately after graduation were initially derailed, she stayed the course.

“I graduated in 2020, the best year to graduate in the pandemic. So, my plan was to move to New York and then obviously that didn’t happen, because everything shut down,” Stone explained. “I ended up doing a lot of short films, basically just auditioning a ton for TV and film, because there was no theater. Luckily, when it started back up again, I was fortunate enough to do “Sweeney Todd” at The Hangar Theater up in Ithaca. On our opening night of that [play], I found out that I booked “Anastasia.”

Stone’s auditions for the role were done by way of self-tapes — including her final call back. She auditioned with “Journey to the Past,” followed by “In My Dreams” before also doing a dance audition.

“For my final call back, I was on Zoom,” Stone said. “All of the creative team was in New York. They just passed down the computer and said hi. I was so overwhelmed — I did it on my lunch break on my second day of rehearsal for “Sweeney Todd.”

Although there are lots of parallels between the film and Broadway versions of the “Anastasia” story, Stone pointed out the differences.

“The main difference between the two is that the Broadway show is sort of grounded in the reality of what was going on at the time,” she said. “You have the Bolshevik Revolution and there’s a lot of civil unrest in society. It takes these beloved characters and grounds them in what was actually going on. I also think with Anya there’s a lot more to her as far as her journey into this woman and finding herself.”

Stone found herself breaking barriers as the first Black woman to play the character. She shared her joy about landing this groundbreaking role and what it meant to her.

“It’s so humbling,” Stone said. “When it was first announced, my phone was blowing up and it was, like, ‘this isn’t just for me now… it’s for other people,’ and that [it]was my favorite part.. I’ve been telling anyone who would listen growing up, [that] I want to do something that’s meaningful. I want my career trajectory to not just be about my success; I want it to be inclusive and hopefully make change for the better.”

“The amount of messages that I got were exactly what I wanted to hear someone say to me, which [was]‘it means so much to see you in this role!’” Stone added. “I think I spent the whole first week of rehearsal crying… it’s been wonderful.”

Sometimes art imitates life, and in Stone’s case, the lockdown due to the pandemic allowed her to find another connection with the character Anya.

“The amount of time I had to sit with myself and figure out who I was, I think very much mirrors what Anya goes through,” she said. “So, in terms of diving into the material, I know what it’s like to be alone for a period of time. I know what it’s like to have a bunch of people tell you “no” and tell you what you can and can’t do. As a woman of color, we know exactly what that’s like. I’m ok with it. The bigger thing is there are young people that have the same dreams as us, and them seeing something like me in this role is a lot more impactful than I think people realize.”

Prior to Stone taking on the role, the late singer Aaliyah was the only Black woman to be involved in “Anastasia,” singing “Journey to the Past” on the animated classic’s soundtrack. Now, in a full circle moment, Stone picked up where Aaliyah left off, completely taking on the mantle of Anya.

Stone will continue to kick down doors, open them and serve as an inspiration, especially for young Black girls who are aspiring to see themselves and those that look like them represented in theater.

“Anastasia” will be at the Merriam Theater from November 23-28th. Visit: www.kimmelculturalcampus.org for more details about tickets and showtimes.. Be sure to support and follow Kyla’s journey to the future by following her on Instagram @kylastone.