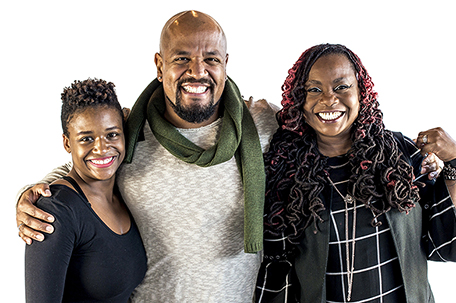 The Kimmel Center for the Performing Arts is pleased to announce its new Jazz Residency artists for the 2017-18 season: Luke O’Reilly, Colton Weatherston, and Doug Hirlinger. This year, the artists, alongside an array of collaborators, will each produce new work that speaks to an aspect of Philadelphia’s history or culture, from the Black Lives Matter movement to Germantown Avenue to inequality and gentrification in the city.

“The Kimmel Center Jazz Residency program is taking a daring approach: urging Philadelphia music to tackle some of today’s most controversial issues,” said Anne Ewers, President & CEO of the Kimmel Center for the Performing Arts. “Art inspires change and we want to be a conversational epicenter, aiding in the creation of new music and new dialogues around exceedingly important topics.”

Luke O’Reilly, composer specializing in piano, (along with choreographer/dancer Sanchel Brown and lyricist/vocalist Pannan Hewitt) is focusing on the Black Lives Matter movement. Beginning with his personal encounters with law enforcement, O’Reilly plans to channel fear, passion, sadness, and anger to inspire new music. Colton Weatherston, composer and guitarist, believes that the entire history and background of the city of Philadelphia can be found along Germantown Avenue. He plans to compose a musical portrait of the cultures, peoples, faith groups, and events that make this corridor important and unique to Philadelphians. Doug Hirlinger, composer and percussionist, (along with lyricist/poet Ursula Rucker, composer/lyricist M’Balia Singely, composer/EVI/valve trombonist John Swana, and composer/guitarist Tim Motzer) are writing a piece entitled “Dear Philadelphia.” This new work will explore the challenges of gentrification and rising inequality and across the city.

The Kimmel Center Jazz Residency is a year-long program that encourages local musicians to move jazz into the future with new music that is engaging and relevant to the Philadelphia community. Since 2013, the Kimmel Center has commissioned an astonishing 10 new works from residency artists.

The 2017-18 Jazz Residency musicians were selected by a four-personal panel of some of the nation’s most influential jazz experts, including Todd Stoll, Vice President of Education at Jazz at Lincoln Center in New York City; Aaron Flagg, Chair & Associate Director of Juilliard Jazz in New York City; Lesa Terry, Musician and Faculty member at California State University; and Jay Wahl, Producing Artistic Director of the Kimmel Center for the Performing Arts in Philadelphia. 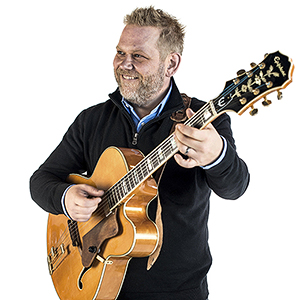 “We are immensely proud of the Kimmel Center Jazz Residency program, now in its fifth year,” says Jay Wahl, Kimmel Center Producing Artistic Director and curator of the Jazz Residency program. “Each of our past participants continue to propel the genre forward, as composers, recording artists, teachers, and touring musicians. I hope Philadelphians will join us on this year’s journey as we foster these local artists in the creation of three brand new works.”

Former Jazz Residents: 2015-16 Resident Korey Riker, currently touring with internationally-renowned musician, John Legend; 2013-14 Resident Pablo Batista received a project grant from The Pew Center for Arts & Heritage in 2015 to continue working on his Kimmel Residency project “El Viaje,” which premiered at the Temple Performing Arts Center in June 2016; 2016-17 Resident Jawanza Kobie’s “Bird Stories” went on to be presented at the Annenberg Center for the Performing Arts in May 2017 and The Mann Center in August 2017; and 2016-17 Resident Joanna Pascale traveled to South Korea where she performed in the 10th Annual Daegu International Jazz Festival.

All events are held in SEI Innovation Studio, and all are BYO. The schedule of performances is as follows:

A special kind of concert where the artist engages in a direct dialogue with the audience about their music and how they connect it to the sounds of Philadelphia. Throughout this performance, the audience discusses what “jazz” is today, and the artist shares background info, research, and musical inspirations for the new work they are writing for the residency.

The artist presents a draft of their new compositions. The artists plays all the new material they’ve written for the residency so they can hear it live for the first time in public, then take questions and direct feedback from the audience.

The completed new project is presented to the audience.

These are designated BYO performances. Acceptable forms of BYO are 6-pack of beer and/or 750ml bottles of wine only; no liquor or open containers are permitted. Limit of one (1) 750ml bottle of wine OR one (1) six-pack of beer per two guests. Corkscrews and rolling coolers are not permitted. Ice, cups and corking service available at venue at no cost. All BYO Night guests are subject to lawful ID checks and bag checks at the manager’s discretion.