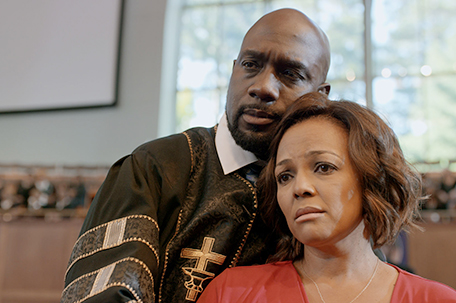 As an esteemed and versatile performer, Fields has accumulated numerous starring and guest starring roles in TV movies and series, as well as independent feature films over her 40-year career, including “What To Expect When You’re Expecting,” starring Jennifer Lopez and Cameron Diaz. In 2014, she starred in one of the Hallmark Channel’s highest -rated movies, “For Better Or For Worse,” proving her endurance as a fan favorite and industry staple.

She has also returned to the stage several times for powerful performances in one-woman shows, as well as leading all-star casts in successful ensemble productions. The start of her next 40 years in showbiz finds Fields currently starring in the new British comedy series, “Living The Dream” for Sky TV. And she is thrilled to return to ABC for the exciting reboot of the hit “Battle of the Network Stars”.

But perhaps nothing is more thrilling for Fields these days than the fall release of her highly anticipated autobiography, “Blessed Life.” With arresting transparency, humor and chock full of many personal stories of joy, pain, triumphs, and challenges, as well as wonderfully-delightful tales of growing up in Hollywood.

Kam Williams: Hi Kim, thanks for the interview. I’m honored to have this chance to speak with you. 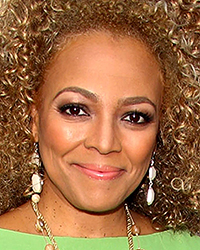 KW: I was moved to tears by “A Question of Faith.” What interested you in the film

KF: After reading the role of Theresa Newman, I thought, ‘Wow! To breath life into this character would be a tremendous opportunity to stretch as an actor and to use some skill sets that I haven’t for awhile and that people don’t normally know me for.’ That was my first reason for saying, ‘Yes.’ And right on the heels of that were the movie’s messages, and the way in which those messages were executed. It’s relatable faith. you see people dialoguing the way that real people do. It’s not so sanctified that you don’t see people really struggling with their faith and with each other, because that’s truly challenging.

KW: I loved how you and the rest of the cast disappeared into your roles.

KF: Thank you so much for that. One of your goals as an actor is to disappear. and as a person of faith, we always say, ‘Lord, let me diminish. Let me decrease, so you can increase.’ I feel the same way as an actor. Let Kim decrease, so the character can increase. So, I’m extremely grateful for that observation and comment from you.

KW: You played Tootie for close to a decade between “Different Strokes” and “The Facts of Life.” Do you think you were typecast by playing such an iconic role for so long?

KF: Not at all. I never felt typecast. I’ve done many different types of projects, some even while playing Tootie, whether TV movies, on the stage or independent features.

KW: You’ve directed before. Have you thought about directing a film in which you also star?

KF: Absolutely! I think of that often. It keeps me up sometimes. I even have a camera in my bedroom. In the near future, I hope to adapt my collection of short stories, “When Bad Women Happen to Good Men,” into a script, and then play one, if not all, of the women featured. I love the world of independent films and hope to be a part of someday.

KW: You were once arrested for protesting the police shooting of a Black woman. I could see you playing Trayvon Martin’s mother in a docudrama about his killing. Are you still interested in that as an issue?

KF: Oh, very much so. In fact, I’m in the midst of creating and launching a social initiative around that and much more. Activism and social awareness have always been a part of who I am, and even more so now as the mother of African-American boys and the wife of an African-American man. A concern for them and for everyone is in the fabric of my DNA. And it’s important to me to that my voice not just regurgitate complaints but offer solutions, which calls for a little more strategizing. I’m not interested in stirring the pot simply for the sake of stirring the pot. At some point, we have to change the ingredients, if we want a different taste. That’s the type of citizen and leader I am.

KW: What did you think of President Donald Trump’s waffling response to Charlottesville in which he suggested there were good and bad Nazis?

KF: I have a tweet pinned to my refrigerator regarding leadership which I think can apply to many leaders which reads something like, “When do we stop looking for our leaders to change, rather than change leadership.”

KW: I know you were born in New York. Do you have any memories of the city before your family moved to Los Angeles?

KF: Yes. I grew up in Harlem, right across from St. Nicholas Park. The early part of my upcoming autobiography is devoted to my childhood in Harlem. And its subtitle is “From Harlem to Hollywood.” I still have an affinity for Harlem and live there now. I moved back a decade or so ago. Harlem informs a great deal of who I am as a global citizen, as an artist and performer, and as a wannabe historian.

KF: The black-and-white checkered tiles on the steps going up to my grandmother’s apartment on St. Nicholas Avenue just before 145th Street, heading uptown. She was a dancer at the Savoy. She was part of Billy Eckstine’s nightclub act. She was also one of Pearl Bailey’s dancers. There’s a rich history there.

KF: It depends on when I look. Right now, I’m camera ready, so I look fabulous! [LOL] 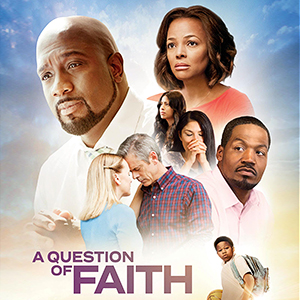 KF: Probably that I have some version of a Spanx on. [Laughs some more]

KF: I’m a fan of Massimo. Let me be clear, the Massimo line in Target. [Laughs] And I’m always at The Gap. I love their jeans.

KF: I just don’t want to be forgotten. That’s a start! [Laughs heartily]

KW: Thanks again for the time, Kim, and I hope we can speak again when your autobiography comes out.

To see a trailer for A Question of Faith, visit: https://www.youtube.com/watch?v=StNvFjirQks

Angela White– ‘A Question of Faith’