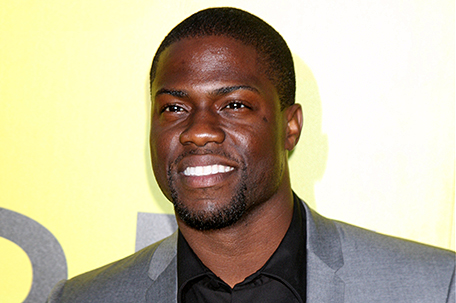 Next to Dwayne “The Rock” Johnson, he’s the hardest working man in showbiz.

Kevin Hart is looking to add to his already loaded slate, with Disney’s new family comedy Dashing Through the Snow.

The comedian/actor is in talks to star in the film, playing as Santa Claus, in a story that follows a workaholic New York City detective who struggles to connect with his son, Santa Claus (Hart) shows up and helps rekindle the man’s believe in Christmas magic.

Casting for the actor who will play the workaholic detective isn’t known at this time.

The project doesn’t yet have a director for writer Rob Burnett’s script, which is based on an original idea by Scott Rosenberg.

Hart’s Ride Along producer Will Packer and John Jacobs (Ted) are producing “Dashing Through the Snow.”

Hart’s 2016 has been a busy one. He stars in Ride Along 2 with Ice Cube, Central Intelligence with Dwayne “The Rock” Johnson, provides the voice for a character in the animated feature The Secret Life of Pets, and his latest stand-up special Kevin Hart: What Now?, which is now in theaters.