Kathy Sledge and her ‘We Are Family’ tour to appear at Rivers Casino Sept. 2 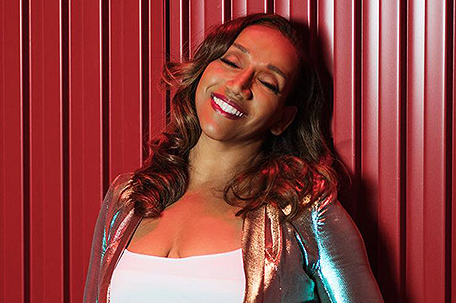 Sister Sledge’s Kathy Sledge will perform at the Rivers Casino on Delaware Avenue in Philadelphia on September 2 as part of her “We Are Family” tour.

“There’s no other place I’d rather kick this off than in Philadelphia — this is my hometown,”  Sledge said.

As a member of one of the most iconic girl groups in history, Sister Sledge, Kathy Sledge is best known for her signature voice and as the youngest founding member.

“I feel amazing about the upcoming performance at the Rivers Casino,” she said.

In addition to building upon her musical legacy, the famous singer and solo artist has been touring internationally and producing festivals and concerts worldwide.

“The last one that I did in the United States was about Billie Holiday called “The Brighter Side of Day,” which did really well,” Sledge said. “I’m currently in the studio with Sammy Clark doing a jazz project, but what’s so exciting about this [the concert at Rivers Casino] is it’s kind of like a ‘welcome home’ thing for me, too. It’s been a while and then I have a record called “Thinking of You” that D-Nice over at Club Quarantine gave a whole new life to here in the United States and a new life to in Europe as well, and so now we are doing a re-release with it, and I think it’s all cumulative. So, I’m hyped.”

The songstress shares that “Thinking of You” is one of her favorite songs, and of course, she couldn’t come to Philadelphia and not perform SIster Sledge’s international hit, ’“We are Family.”

“It’s so much fun with this show with D-Nice and with “Thinking of You,” Sledge said. “And what I love about this is it’s my hometown. It’s no pun intended — [there] is definitely family in the house and I’m just hyped that I’m bringing this up close and personal festival.”

Sledge will be flying in her dancers and her choreographer from the UK.

“They’re all hyped, too,” she said. “My crew is from the UK because we pretty much produce the show there. It’s a very exciting experience, between the film footage and the choreography. It’s a full-on production [and] the underlying message is always “We Are Family.”

For those who plan to be in the house, they should get ready to hear a mix of classics, experience a blast from the past, and prepare themselves for some new tunes as well.  Most of all, get ready to dance.

“I’d like to share that Sister Sledge — we were the “Destiny’s Child” of our time,” Sledge said.

“When Beyoncé gave the announcement speech at the Millennial Awards, the VH1 Awards — and once she said that — it left such an imprint on me that we were the first girl band to ever really dance full on,” Sledge added. “Before us, there were certainly the Supremes and LaBelle. After us, we kind of brought that to the market, to the industry, dancing full on. After us, there were the Spice Girls, TLC, En Vogue. I didn’t even realize that we actually brought that whole full on dance thing to the industry and since then, I would like to say, changed that with girl groups.”

“So, I feature that in my act,” Sledge continued. “I do a lot of film footage. I have a choreographer when I do use dancers — kind of like what Cher would do with a production. I actually bring you to that whole idea of these four girls dancing and use film footage of the original Sister (Sledge) sometimes in the backdrop, but the choreography is, of course, much more relevant.”

Sledge finds the production side of developing a show just as thrilling as performing.

“It’s very exciting,” she said. “What I find myself doing more and more is producing, and I guess I would say directing. But producing festivals and concerts and I love that end of it. “So what you can expect is the excitement of a concert, but then I have to add the up close and personal edge, the  jazz that I do, which a lot of people aren’t familiar with.  Again, I’m in the studio now with Sammy Clark and I did the production of Billie Holiday — I’ve been told that I bring her to life on stage. It’ll be a little of that, there will be a little jazz, and then, of course, all the hits.”

Rivers Casino management is equally excited to have timeless global anthems echo through the casino all night long.

“It’s an honor to host such a legendary local star in our Event Center,” said Justin Moore, general manager of Rivers Casino Philadelphia. “The crowd will be singing all night long to her music and her family’s timeless classic hits.”