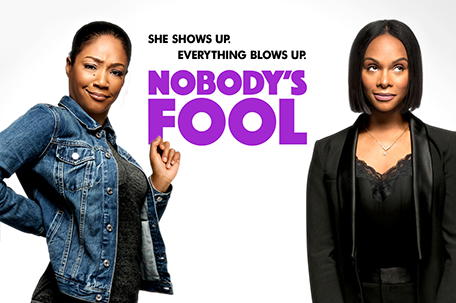 “Nobody’s Fool” (R for sexuality, drug use and pervasive profanity) Fish-out-of-water comedy about a straitlaced businesswoman (Tika Sumpter) whose life comes apart at the seams when her trash-talking, just-paroled sister (Tiffany Haddish) asks for help getting back on her feet. Written and directed by Tyler Perry, and featuring Whoopi Goldberg, Omari Hardwick and Missi Pyle.

“The Nutcracker and the Four Realms” (PG for mild peril) Magical fantasy about a young girl (Mackenzie Foy) who disappears into a strange parallel universe while searching for the key that will unlock a box containing a priceless gift from her late mother. Cast includes Keira Knightley, Morgan Freeman, Helen Mirren and Misty Copeland. 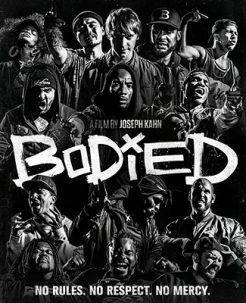 “Boy Erased” (R for sexuality, profanity, rape and drug use) Coming-of-age drama about the teenage son (Lucas Hedges) of a Baptist preacher (Russell Crowe) who is forced by his folks to undergo gay conversion therapy after being outed. With Nicole Kidman, Joel Edgerton, Xavier Dolan and Flea. 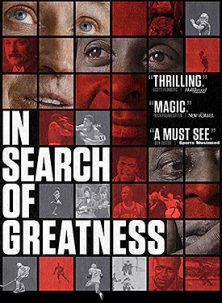 “In Search of Greatness” (PG-13 for brief profanity and partial nudity) Sports documentary sharing the secrets of athletic prowess via interviews with all-time greats. Subjects include Pele’, Jerry Rice and Wayne Gretsky.

“Maria by Callas” (PG for smoking, mature themes and mild epithets) An intimate look into the life of opera singer Maria Callas (1923-1977) in her own words, as revealed by letters, memoirs, home movies and TV interviews. Featuring archival footage of Grace Kelly, Aristotle Onassis, Omar Sharif and Brigitte Bardot.

“Monster Party” (Unrated) Suspense thriller revolving around three teens whose heist of a Malibu mansion turns into a desperate struggle just to get out of there alive. Co-starring Julian McMahon, Robin Tunney, Lance Reddick and Erin Moriarty.

“Searching for Ingmar Bergman” (Unrated) Reverential retrospective celebrating the centennial of the legendary Swedish director’s birth by revisiting his work with the help of colleagues and collaborators. Featuring commentary by Liv Ullmann, Jean-Claude Carriere and Margarethe von Trotta.