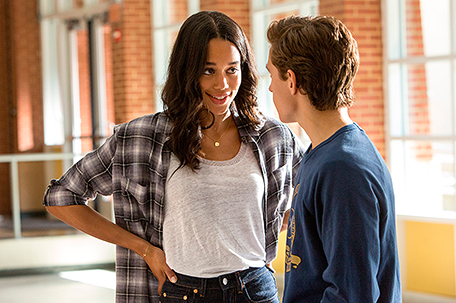 ABOVE PHOTO:  Laura Harrier and Tom Holland in “Spider-Man: Homecoming.”

Spider-Man: Homecoming (PG-13 for action, violence, profanity and suggestive comments) Tom Holland assumes the title role in this reboot of the Marvel Comics franchise which finds Peter Parker living with his Aunt May (Marisa Tomei) and attending high school in Queens while being mentored by Tony Stark (Robert Downey, Jr.) until it’s time to morph into his superhero alter ego to engage a new nemesis (Michael Keaton). With Gwyneth Paltrow, Jon Favreau, Zendaya, Donald Glover and Tyne Daly.

Austin Found (Unrated) Midlife crisis dramedy about a fame-craving, former beauty queen (Linda Cardellini) who has her daughter (Ursula Parker) kidnapped in order to land back in the limelight. With Craig Robinson, Skeet Ulrich, Patrick Warburton and Jaime Pressly.

City of Ghosts (R for profanity and disturbing violence) War on Terror documentary chronicling an intrepid band of Syrian journalists’ efforts to shed light on ISIS’ gruesome crimes against humanity.

Hickok (Unrated) Luke Hemsworth plays Wild Bill Hickok in this biopic where the legendary lawman’s reputation as the fastest draw in the West is put to the test while trying to restore peace in a wild frontier town. Co-starring Trace Adkins, Kris Kristofferson and Bruce Dern. 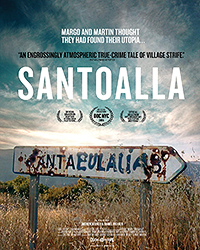 Santoalla (Unrated) Missing persons documentary revolving around a grieving Dutch widow’s investigation into her husband mysterious disappearance a decade after they moved to a tiny Spanish village inhospitable to outsiders. (In English and Galician with subtitles)