Jumping up and down about Issac Ryan Brown 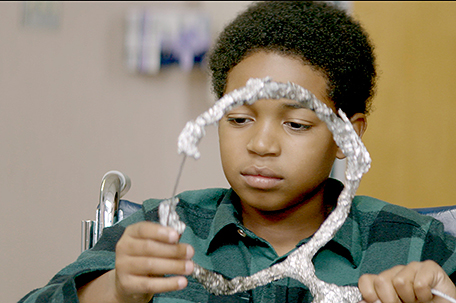 Issac Ryan Brown is best recognized as Young Dre from the ABC Series “Black-ish.” He was introduced to America on the television show “America’s Got Talent” at the tender age of 6, when he dazzled the audience and judges alike.

Issac’s resume includes voicing recurring characters on the cartoons “Miles From Tomorrowland,” “Bubble Guppies” and “The Land Before Time XIV: Journey of the Brave.” He also has been on the Dreamworks series “OMG,” has enjoyed a recurring role on “How to Get Away with Murder,” and appeared on the big screen in Batman v Superman: Dawn of Justice.

Here, Issac talks about co-starring in Believe, a faith-based, Christmas film about a homeless kid who comes to the aid of and inspires hope in a jaded businessman with money woes.

Kam Williams: Hi Issac, thanks for the interview.

IRB: My real life parallels the character CJ and how his faith pulls him thru the film.

KW: How would you describe your character, CJ?

IRB: CJ’s a kid at heart who never grew up and keeps his faith. He believes all things are possible, you will find that life is better. He finds a way to look at the bright side of everything even through his circumstances.

KW: What would you say was the message of Believe?

IRB: Having faith and believing. We see relationships crumble and build in the film. Love, faith, hope and relationships are constant. .

KW: You won America’s heart on “America’s Got Talent” when you were only 6. At what age did you start singing?

IRB: I started at the age of 10 months when my mom and dad placed me in the choir. When I started speaking, it took off from there.

KW: What do you enjoy more, singing or acting?

IRB: I love them both the same, but singing edges out acting because you can express your feelings and convey a message with songs.

IRB: Michael Jackson is my all-time favorite performer. Whitney Houston is my favorite singer. I don’t have a favorite actor right now.

KW: What projects do you have coming up next? 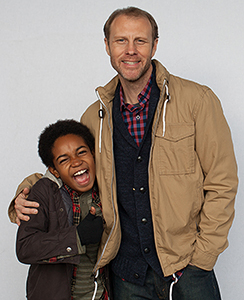 IRB: A role in a great feature film I can’t talk about right now! And voiceover work for on the Disney animated series “Puppy Dog Pals” and on “The Stinky & Dirty Show.”

IRB: I see a child of God. No matter who I play on TV or what people say about me, I’ll always see a handsome, educated, sophisticated, young man named Isaac

IRB: When I was 9 years-old, I went outside and did the Ice Bucket Challenge [for ALS] in the snow.

IRB: To have more wishes! [Laughs] People always regret what they wish for. Mine would be for infinite wisdom.

IRB: Always stay humble and prayed up… In this business, you face a lot of “No’s.” You are going to be sad and disappointed. But believe your time is coming and God will always help you.

IRB: I have three pennies, a locket pen, and $70 in fake cash in my wallet.

KW: Thanks again for the time, Issac, and best of luck with Believe and all your other endeavors.