“Judas and The Black Messiah”: A Review 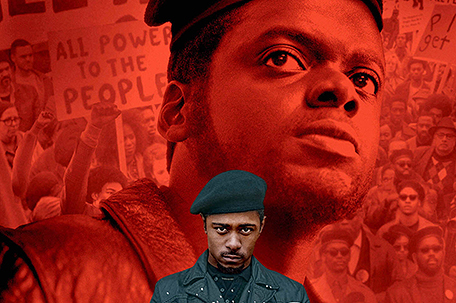 Few organized groups in the history of America have been more targeted and vilified more than the Black Panther Party.

The film “Judas and The Black Messiah” shines a spotlight on the Chicago chapter of the Black Panther Party led by Chairman Fred Hampton.  It focuses on the corruption, surveillance and harassment the group endured at the hands of the FBI and the police, the infiltration of the Chicago chapter and Hampton’s subsequent assassination as a direct result.

“Judas and The Black Messiah’’ opens with footage of a sweaty Bill O’Neal  during his “Eyes On The Prize” interview. In the interview, he is asked if he would be proud to tell his son what he did. In the next scene, a man cloaked in a long coat and a hat partially covering his face, walks into a bar. He announces himself as an FBI agent and commences to assert his authority in the form of harassment. O’Neal addresses the bartender aggressively before patting down a young man who he grabs while attempting to arrest him. It is then revealed that it is O’Neal pretending to be an FBI agent. Once the men realize O’Neal is a fraud, they chase him to his car, slitting the top of it. O’Neal narrowly escapes, just to see police sirens behind him. In the next scene, O’Neal is bleeding from an open head wound in FBI custody. He is questioned by agent Mitchell, threatened with jailtime for his transgressions as a car thief, impersonating an FBI agent and is blackmailed into becoming the “Judas” responsible for the murder of Fred Hampton.

O’Neal is the ultimate pretender. He becomes the wolf in sheep’s clothing, hiding in wait for the right time to serve up Hampton as the sacrificial lamb. An escaped jail sentence and the keys to a business become this Judas’ modern version of 30 pieces of silver.

Fred Hampton was without a doubt a charismatic leader. Throughout the film, he is portrayed as a powerhouse completely immersed in progressing the movement. That dedication often comes at the expense of his safety and the people like Deborah that love him and worry about his well-being.

The pain that the audience is sure to feel knowing the end result is softened momentarily by the tenderness present in Hampton’s relationship with Deborah, played seamlessly by Fishback. The most endearing aspect about Hampton was his ability to not only unite Black communities, but all communities. He did so by founding the Rainbow Coalition, which combined the Black Panthers, Young Patriots and the Young Lords. This is also what made him such a threat.

“Power to the people” is not just an expression — there is power in numbers. Kaluuya portrays Hampton with strategic nuance. He is imperfect and his passion sometimes lends itself to offense, but his intentions are pure. Kaluuya perfectly captures the complexity of Hampton.

The self-preservation of a Judas figure, O’Neal, juxtaposed against the self-sacrifice of the Messiah-like figure Hampton, is riveting to watch. Stanfield’s portrayal of O’Neal displays so many human frailties. His actions and conscience are in constant conflict and each time he falls short of doing the right thing. O’Neal gave the FBI everything they needed to assassinate Hampton. He turned over a detailed layout of the furniture and where Hampton and his fiancé (who was 9 months pregnant) slept and drugged him to ensure his demise.

“Judas and The Black Messiah” is a heartbreaking history lesson on how fear can be weaponized. It’s a mesmerizing look at the destruction of the Black Panther Party by the design of The United States government. The tentacles of systematic racism and the aftermath still present today are infuriating to witness. The most painful aspect of this film is that it is not hyperbole — this happened.

Fred Hampton was murdered by the FBI and the Cook County police department. He was shot at point blank range after 90 rounds of ammo were fired into his apartment with the sole intent to kill. Fred Hampton’s 21-year-old life was snuffed out because of a racist government regime that wanted to punish the audacity of his desire for change. He was robbed of years with Deborah, and would never meet his unborn son, who was born 25 days after his assassination. There were no real consequences for the monsters who were responsible. The rage that this movie will insight is necessary to showcase just how much the life of one man or woman can change the world. His life was stolen, but his legacy remains a revolution in itself.

“Judas and The Black Messiah” opens in select theaters and on HBO Max exclusively on Friday, February 12.  This film is an absolute must-see!