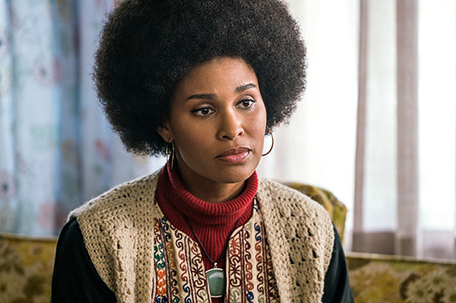 Among new original series from Amazon Studios coming this fall is “Good Girls Revolt,” which is set in 1969, while a cultural revolution swept through the free world, with one place that refused to change with the times: newsrooms. “Good Girls Revolt” follows a group of young female researchers at “News of the Week,” who simply ask to be treated fairly. Their revolutionary request will spark convulsive changes and upend marriages, careers, sex lives, love lives, and friendships.

Based on the book “The Good Girls Revolt: How the Women of Newsweek Sued their Bosses and Changed the Workplace” by author Lynn Povich, in the series, which premieres on Amazon Prime video this Friday, October 28, co-stars Joy Bryant as Eleanor Holmes Norton, the future U.S. Congress delegate, who was a lawyer at the time, and who is hired by the women of Newsweek to represent them as they sought legal statute against their employers.

“Good Girls Revolt” is a narrative account of the landmark sexual discrimination lawsuit (detailed in the book). Expect to see Joy Bryant quite a bit, because she’s listed in the credits for all 10 episodes that will become available this Friday, October 28, playing Eleanor Holmes Norton.

Bryant and the real Congresswoman Eleanor Holmes Norton appeared on “The Late Show” with Steven Colbert last night to talk about Holmes’ contribution to the real-life case, and Bryant’s involvement in the series playing Norton, and they brought a clip along with them, so check it out on http://shadowandact.com/2016/10/25/joy-bryant-plays-eleanor-holmes-norton-in-new-amazon-original-series-good-girls-revolt-watch-clip/.