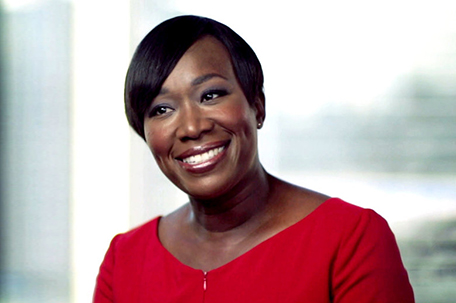 MSNBC has announced that Joy-Ann Reid will host a new program on the network that will occupy the timeslot vacated by Melissa Harris-Perry’s show after a very public break up with the cable TV news channel.

Reid’s new show will air from 10 am-Noon ET on Saturdays and Sundays, starting this weekend.

“MSNBC viewers crave not only the facts, but also in-depth discussion and analysis from a range of perspectives,” said MSNBC President Phil Griffin, said in a statement. “There is no one better equipped than Joy to lead this new project, and create a place for the kind of unique discussion our audience has come to expect.”

“Melissa did a show that was incredibly valuable,” Reid added. “Instead of trying to replace it, we will fill the space with something new; something compelling, and something that adds to the conversation.”

She joined MSNBC in 2011 as a contributor.

MSNBC gets a 60 percent Black audience increase in 2012