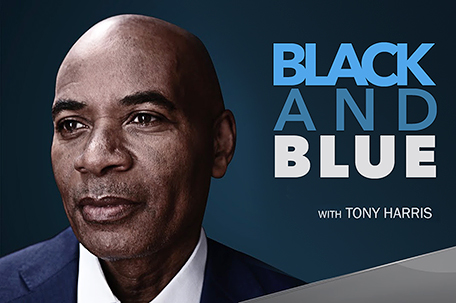 Investigation Discovery (ID) announced today it has greenlit a new one hour special, “Black and Blue,” described as an urgent and timely exploration of the current state of police affairs and race relations. As the tragic shootings by and against police continue to drive headlines, Harris will travel the country to reveal how these shootings impact African American families in their homes and communities across the U.S., while also giving viewers a first-hand look into what it’s like to be a law enforcement officer working to protect our not-so-united municipalities.

“In the aftermath of the tragic deaths of numerous police officers and the egregious shooting deaths of multiple black men this summer, there is no doubt this nation is in crisis,” said Henry Schleiff, Group President, Investigation Discovery, American Heroes Channel and Destination America. “These may be among the most turbulent times in our country since the civil rights movement in the 50s & 60s. And, accordingly, we believe that Tony Harris, who has been reporting on race relations for more than three decades, is well positioned to examine this issue and provide context – historical and personal – to this multi-faceted debate.”

On the heels of his reporting in the ID series “Hate in America,” Harris is on a quest for candid conversations with law enforcement and community leaders across the country, to get real answers about what needs to be done to quell the accelerating tensions, fears and bloodshed. Exploring both the seeds of escalation in specific cities as well as innovative new community-based policing in other municipalities, “Black and Blue” promises to take a hard look at the current challenges of keeping peace in America and the unique challenges of African American officers torn between community and the badge.